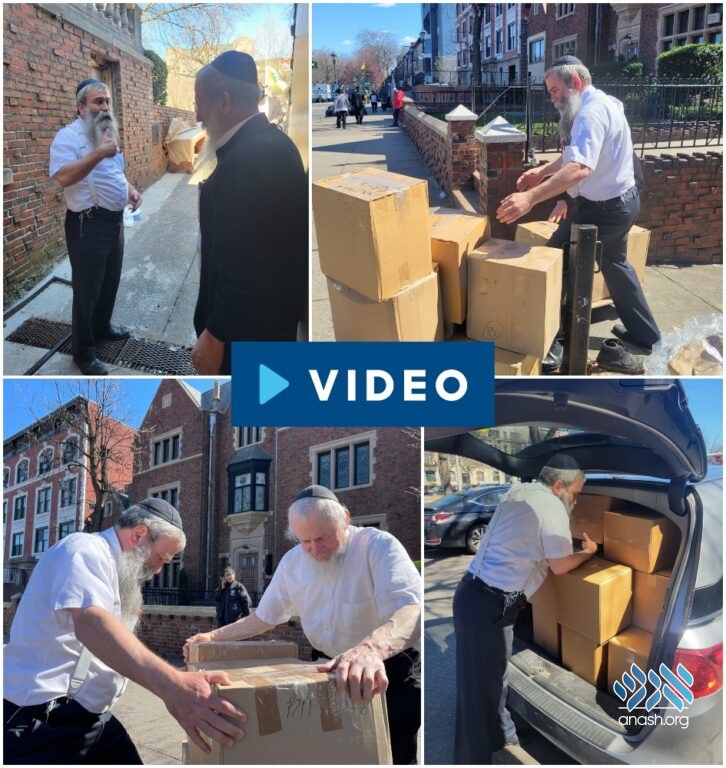 A shipment of 1,000 new seforim were delivered to the Rebbe’s library on Monday, and were unloaded to be added to the collection. The seforim had been collected over months by a Lubavitcher who has since passed away.

A delivery of 1,000 new books and seforim for the Rebbe’s library was exciting and moving at the same time.

The seforim were titles that the Central Chabad Library, located next door to 770 Eastern Parkway, did not have in its collection. They had been shipped from Eretz Yisroel to Rabbi Chaim Shaul Brook, head of Lahak Publications, who brought them to the library, where they were accepted by librarians Rabbi Berel Levine and Rabbi Yitzchok Wilhelm.

Besides for the excitement of adding so many new titles to the Rebbe’s library, the story behind the scene made it even more moving for those involved.

The seforim had been collected over a number of months by Yitzchok Markowitz, a bochur from Eretz Yisroel who recently passed away at the age of 52. Yitzchok was a person who dedicated his entire life to the Rebbe, and would especially try to purchase seforim for the Rebbe’s library. Over the years, he personally purchased thousands of seforim for the library, and had been collecting the next shipment when he passed away.

Following his passing, the seforim were prepared for shipment by Rabbi Meni Wolf and Rabbi Shaya Segal, heads of Kehos in Eretz Yisroel. Thus, the shipment, with boxes marked “Sent by Markowitz”, was also the fulfilment of his last will and testament of sorts.

“May the seforim be l’iluei nishmas Yitzchok ben Yehuda hakohen, who invested so much time, effort and money to make sure they came to the Rebbe’s library,” one of the individuals involved told Anash.org. “May they also serve as an inspiration for other chassidim to continue his work, and help fulfill the Rebbe’s request that a copy of every sefer be sent to the library.”