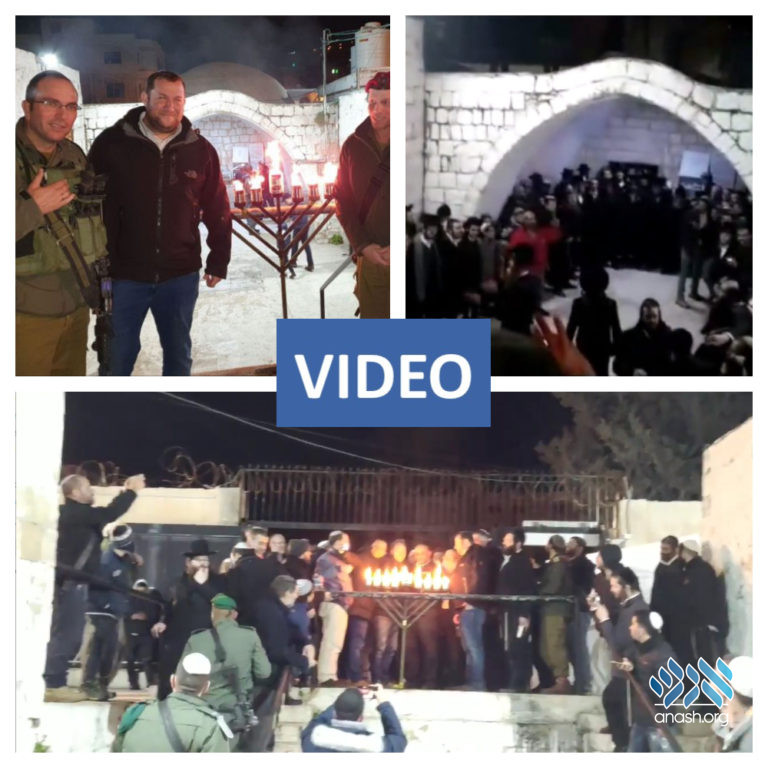 Thousands visited Kever Yosef last night in honor of Zos Chanukah. A Menorah was lit there, as well as at the ruins of Beit Tzur, the site of one of the main battles of the Chashmonaim.

The entrance was held on the occasion of Zos Chanukah. During the evening, Samaria Regional Council head Yossi Dagan, together with Commander of Central Command Nadav Padan, Rabbi Elyakim Lebanon, Brigadier General Col. Sagiv Dahan, and Davidi Ben-Zion, Vice-President of the Council, lit the eighth Chanukah candle, in a Menorah modeled after the Menorah of the Beis Hamikdash.

Approximately 2,500 worshipers (according to the IDF), came by the shuttle system, davened at the kever and even started singing and dancing in the courtyard of the tziyon.

In addition, IDF fighters, Border Police forces, the Israeli police and the civilian administration in the Etzion regional brigade secured the entry of about 250 residents of the area to light Chanukah candles in ruins of Tzur, located in the town of Halhul. Beit Tzur was an ancient city on the ancient road between Chevron and Yerushalayim where the last battle of the Chashmonaim took place before the Beis Hamikdosh was cleansed.