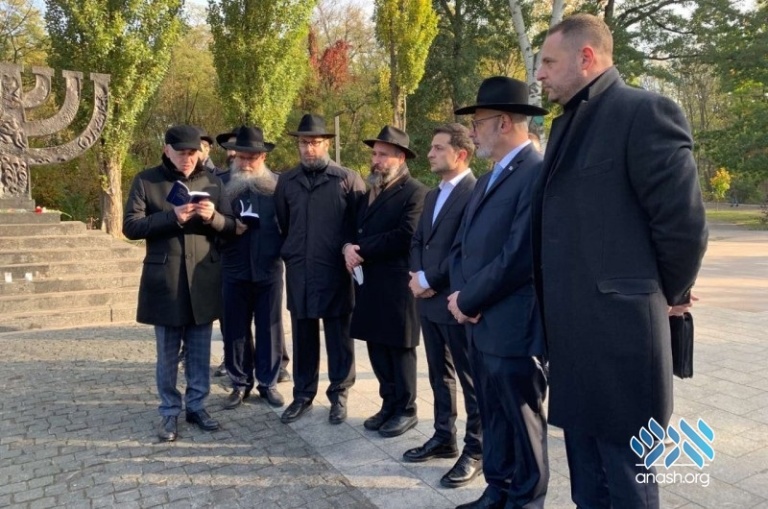 Ukrainian President Volodymyr Zelensky and leaders of Ukraine’s Jewish community, have honored the memory of the victims of the Babi Yar massacre in Kyiv.

The president, together with representatives of the Council of the Federation of Jewish Communities, lit lamps near the Menorah – a monument to the executed Jews on the territory of the Babyn Yar National Historical Memorial Preserve.