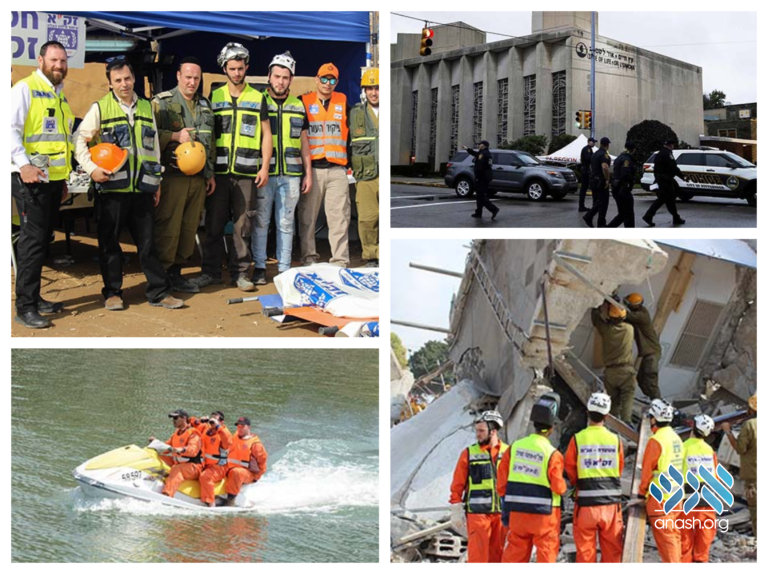 ZAKA Search and Rescue, Inc., one of the world’s premiere international mass-disaster response agencies, has announced plans to expand operations in strategic cities in North and South America, as well as in the Caribbean.

ZAKA was established in Israel in 1995 to respond to natural disasters, terror attacks and accidents. Quickly gaining fame and recognition, ZAKA was recognized by the UN in 2005, and achieved advisory status as an official UN body in 2016.

ZAKA does not only respond to disasters in Israel. As their operations expanded, they have responded to a vast number of calamities worldwide. These include the 2010 Haiti earthquake, the 2018 Guatemala Volcano Eruption. and the Pittsburgh anti-Semitic shooting this past year.

Now, ZAKA plans to expand their international efforts by establishing ‘operations hubs’ in strategic locations in the United States, Brazil, Mexico, Canada, the Caribbean and elsewhere. This will allow them to deploy their highly trained volunteers, outfitted with state-of-the-art equipment in much less time.

In situations where ZAKA is needed, time is always of essence. Cutting down the response time will undoubtedly save many lives, in a world where, unfortunately, disasters occur on a much too frequent basis.