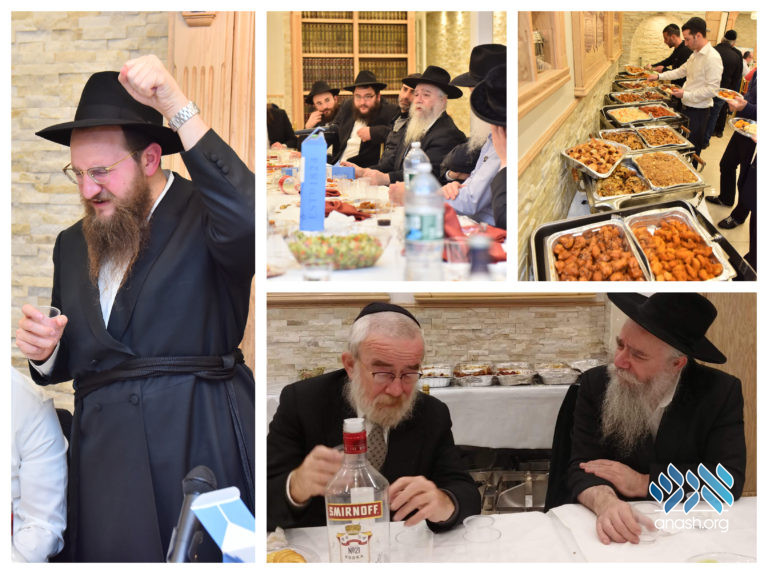 Members, friends and supporters came from as for as Great Neck and Westchester to get inspired on Yud Tes Kislev and to rejuvenate their connection to Chassidus and the Rebbe.

Rabbi Chaim Shlomo Cohen, a veteran Shliach with decades of experience counseling both for Anash and Mekuravim spoke intensely about the need of consistency in learning Chassidus saying “5 Min a day might be enough, but it has to be my own 5 Min, immerse into the Maamer, today one chapter, tomorrow the next one, the next day try to figure out the connection between the first and the second chapter, this is the way we learn Chassidus”

Rabbi Cohen, while disseminating contemporary stories and memories from his years as a Bochur in 770 and a Shliach in Brunoy, explained the concepts of being serious about writing and reporting to the Rebbe, and how consistent Chassidus learning helps to reach full Bitachon, trust in Hashem, on a daily basis.

Rabbi Isaac Bitton whose birthday is on Yud Tes Kislev, with Rabbi Moshe Frank from the Leviim Band and Leviim Galery, both longtime friends of the Shul participated to the Farbrengen with Music and Art.

The Lincoln Place Shul is a vibrant Chabad Shul located in Northern Crown Heights lead by Rabbi Meyer Shushan, with programs for Men Women and Children.