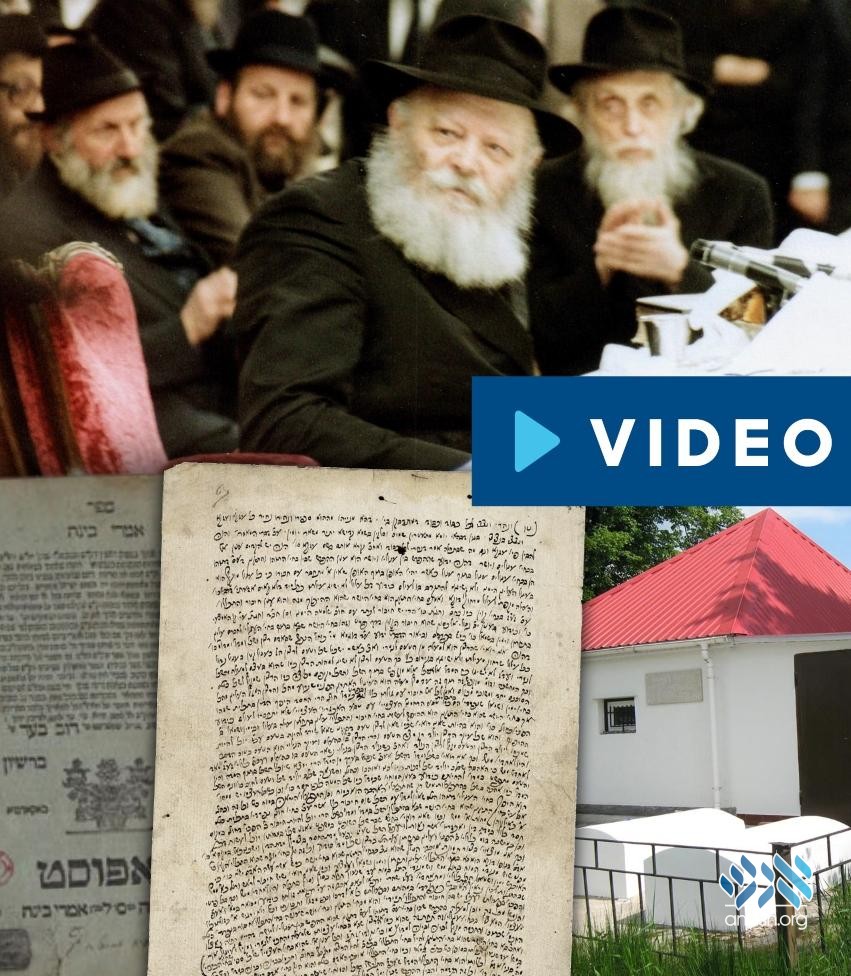 The 10th of Kislev marks the day when the Mitteler Rebbe was released from prison. Read the story of his arrest and release, and watch it celebrated at the Rebbe’s farbrengens.

Rabbi Pinchas Reizes was a chassid of the second Rebbe of Chabad-Lubavitch, Rabbi DovBer (known as the “Mitteler Rebbe”). When Rabbi Pinchas passed away, his only heir was a nephew, who opposed the chassidic ways.

Among the items that came into the nephew’s possession was a letter written by the rebbe to his uncle, asking Rabbi Pinchas to serve on a special committee to disburse funds for charity. The sum cited in the letter was 4,000 rubles.

The nephew showed the letter to a cousin of the Mitteler Rebbe, whose last name was Lipman. Lipman, who unfortunately was a complete scoundrel, saw this as a golden opportunity to blackmail the rebbe.

If the Rebbe did not give him money, he threatened, he would go to the authorities and tell them that Rabbi DovBer was collecting funds for clandestine, illegal purposes. But the rebbe was immune to his intimidations. “Not one penny will you get from me,” he told him. “Do whatever you want, for I have done nothing wrong and am not afraid of your slander.”

Incensed by the rebbe’s response, Lipman carried out his threat. With the help of some unsavory associates, he altered the original letter to make it appear as if the rebbe had 104,000 rubles instead of 4,000—a veritable fortune in those days. The rebbe was accused of various criminal activities, such as trying to bribe the Turkish sultan, and it was also alleged that the rebbe’s study hall had been built to the exact specifications of the Holy Temple in Jerusalem, indicating his pretensions to the throne.

On Saturday night, 28 Tishrei 5587 (1826), investigators showed up at Rabbi DovBer’s house. They conducted a thorough search of the premises. Careful note was taken of all written materials, and anything else they considered suspicious. At the same time, a separate group of investigators measured the rebbe’s study hall; the astonished chassidim could not figure out what they were trying to find.

By that time a large crowd had gathered in front of the rebbe’s house, and everyone could hear the tearful pleading of the rebbe’s family with the police. The only one who seemed to be taking everything in stride was Rabbi DovBer. As if nothing unusual were going on, he withdrew to his room to write a chassidic discourse. A while later he announced that he would receive people for private audiences, which he did.

The following morning, the rebbe was ordered to accompany the police to their headquarters in Vitebsk. Word of the rebbe’s arrest quickly spread, and in every town and village along the way, hundreds of Jews came out to greet him. Thanks to the efforts of several influential Jews, it was agreed that the long journey would be made in stages, with numerous stops to allow the rebbe to rest.

When the carriage arrived in Dobromysl, the rebbe asked to be allowed to pray the afternoon service in the local synagogue. Afterwards, to everyone’s surprise, he delivered a chassidic discourse on the verse from Song of Songs, “Many waters cannot quench love.” The allusion to his present situation was clear.

The rebbe was subsequently imprisoned in the city of Vitebsk and placed under tight security. Some time later it was learned that the formal charge against him was rebellion against the government.

The rebbe was jailed for one month and ten days, but even from the beginning he was granted certain privileges. Three people were permitted to stay with him, and three times a day twenty Jews were allowed into his room to pray with him. The rebbe was also permitted to deliver a chassidic discourse twice a week in front of fifty people, after his doctor testified that it was crucial for his health.

In the meantime, efforts to secure the rebbe’s release were being made behind the scenes. Several high-ranking government officials who had heard about the rebbe and held him in great esteem tried to exert their influence. The rebbe was interrogated numerous times, during which he proved that not only were his connections to the Turkish sultan completely fabricated, but his designs on the czar’s throne were equally fictitious.

At the end of several weeks, the results of the investigation were turned over to the Minister of the Interior. The minister was very impressed by the rebbe’s responses to all the questions, and decided that a direct confrontation between Rabbi DovBer and his accuser was in order.

On the designated day, the rebbe dressed in his white Shabbat finery. When he walked into the minister’s office, the official was so disconcerted by his angelic appearance that he ordered his servants to bring the rebbe a chair.

The informer began to heap his invectives upon the rebbe, but one by one the rebbe dismissed the accusations entirely. At one point in the proceedings Lipman addressed Rabbi DovBer as “Rebbe,” prompting the rebbe to turn to the minister and remark, “Did you see that? First he calls me a charlatan and a revolutionary, and in the next breath he calls me ‘Rebbe’!”

From that point on, Lipman’s allegations became increasingly illogical. The minister was so irritated by his behavior that he ordered him to “stop barking,” and he was led away in humiliation. The rebbe was escorted back to his room with great deference, and informed that he would soon be released.

Rabbi DovBer was liberated on the 10th of Kislev, having been informed of the government’s decision while reciting the verse from Psalms 55, “He has saved my soul in peace.” Ever since, the event has been celebrated on that date by the Chabad-Lubavitch community.