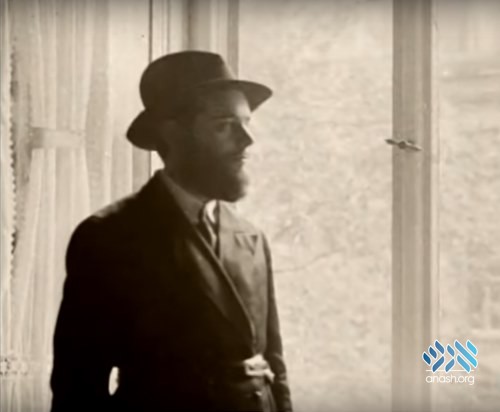 On Yud Daled Kislev 5689 (1928), the Rebbe’s marriage to Rebbetzin Chaya Mushka, daughter of the the Frierdiker Rebbe, was held in Warsaw, Poland.

By then, word of the Frierdiker Rebbe’s heroic struggle on behalf of Soviet Jewry was world-renowned, and the high regard in which he was held was evidenced by the numerous rabbis, rebbes and lay leaders of European Jewry, and the thousands of people from all walks of life, who honored him with their presence at his daughter’s wedding.

At the beginning of the wedding, the Rebbetzin’s father announced:

“It is a tradition that the neshamos of the ancestors of the kallah and chosson come and participate in their chasunah . . . As my invitation to them, I will now deliver a maamar which includes teachings from our holy and righteous ancestors: the Alter Rebbe; Reb DovBer of Lubavitch; our great-grandfather (the Tzemach Tzedek); our grandfather (the Rebbe Maharash); and of my father, the kallah’s grandfather (the Rebbe Rashab). As our chachamim have said, ‘Whoever repeats a teaching should envision the author of the teaching standing before him.’”

Those who attended the wedding later recalled the palpable sense of kedusha which permeated the room as the Frierdiker Rebbe delivered the maamar.

Hundreds of miles away, another wedding celebration was being held that night. In the city of Yekatrinoslav, the Rebbe’s parents, harassed by the Soviet authorities for their efforts on behalf of Yiddishkeit, were denied permission to travel to Warsaw.

Prevented by a curtain of iron from attending the marriage of their firstborn son, they were nevertheless determined to rejoice in his joy.

In a moving memoir, the Rebbe’s mother, Rebbetzin Chana, described the wedding celebration held in their home, which lacked the physical presence of a chosson and kallah, yet was aflame with a joy as powerful as the pain in the chosson’s parents’ hearts.

Listen to Ashreinu’s playlist of audio content pertaining to the joyous day of Yud Daled Kislev, 91st anniversary of the Rebbe and Rebbetzin.