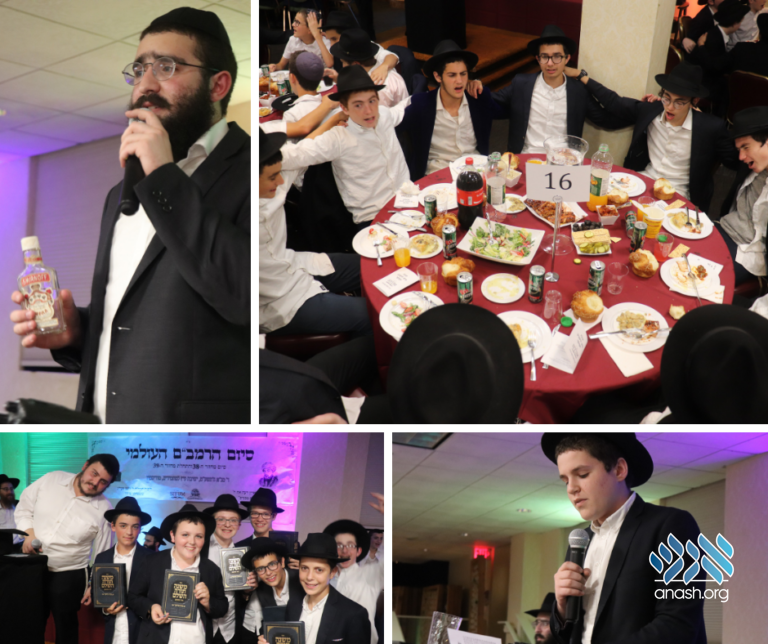 It’s been over 10 years since the annual Siyum Harambam took place in the middle of camp, so YSP’s staff decided to make this Siyum one that the Talmidim would never forget.

The catered event was set up and designed in grand fashion, rivaling dinners, ball and events around the country.

Special aquatic centerpieces were centered on the expertly designed round gala tables, where a three course celebratory meal was served.

Raffles were made throughout on full sets of Rambam, speakers and many other items.

One Talmid was honored with the Siyum, another with the Haschola. Then they saw a special video presentation about Siyum Harambam, including a Siyum done by the Rebbe at a Farbrengen.

The Siyum was overwhelmingly beautiful and inspiring. Many Talmidim took Hachlotos to start learning, or reinforce their learning in, Rambam!