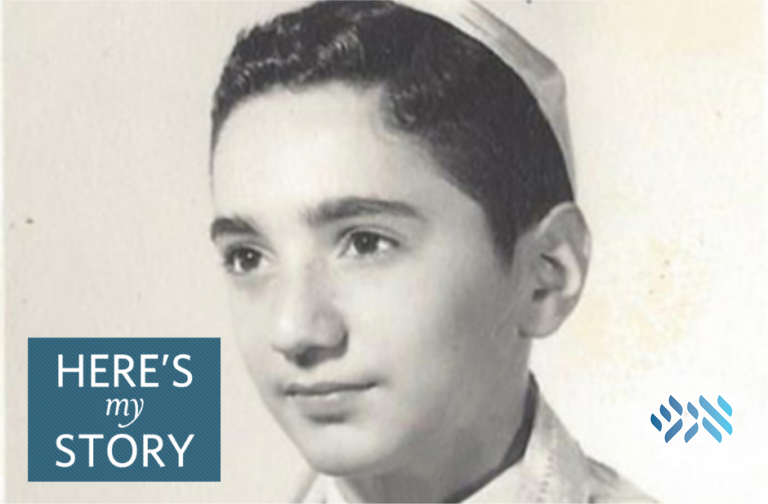 When Jacob Ackerman was a young boy, the Rebbe took his time to discuss the youngster’s day-to-day activities. Today, as an eye surgeon, he is paying it forward.

Dr. Jacob Ackerman is an eye surgeon living in Queens, New York. He was interviewed in September of 2019. Click here to download a PDF version.

From the age of ten until I was fifteen, I attended the Chabad yeshivah in Newark, New Jersey. This was a very small, unaccredited school – housed in a one-family, colonial-style home on Grumman Avenue – run by Rabbi Sholom Ber Gordon. Although small, the school offered a warm educational environment and I learned a great deal there.

While at the school, I became the editor of the student newspaper, though to call it a “newspaper” is being very generous. This was basically a one-page sheet that reported on school happenings like, “Mr. Posner, the Latin teacher, was out for three days because of a cold,” and other events and activities of equal importance. I would write it up with the help of Rabbi Eli Teitelbaum, who edited my writing which was not great since I got only a minimal English education.

I would then run off copies on a mimeograph machine, an early version of the modern photocopier. I would turn a handle and churn one page at a time through a large inked roll that would produce copies of the original. I do not recall how many copies I made, but it was never more than twenty. I guess the students and teachers read it, and perhaps the school also sent copies home to the parents.

Now the reason I am describing this extracurricular activity that kept me busy as a kid is because of what happened subsequently with the Rebbe.

Rabbi Gordon would frequently take a small group of us into New York to participate in the Rebbe’s farbrengens and hear him deliver his Torah talks. I recall these as very impressive events. There would be a couple of thousand people crammed into a large room, which looked to me like Yankee Stadium with bleachers reaching up to the ceiling. I vividly remember the Rebbe distributing schnapps and everyone saying l’chaim, but us kids got grape juice, of course. We always looked forward to these occasions.

Then came the time when my Bar Mitzvah was approaching and Rabbi Gordon said, “It’s customary for you to have an audience with the Rebbe in advance of this occasion.” This was in 1959, when the Rebbe had been leading Chabad for just about eight years, so he was still a relatively young man, not yet as famous as he became later on, and quite accessible.

I recall coming into the Rebbe’s office and seeing him seated behind his desk, as he spoke to me. “You’re Yankel Ackerman,” he said, “you’re the editor of the newspaper in Newark.”

I was astonished. Here I was a twelve-year-old boy standing before the Rebbe, who was quite an important person. And yet he knew that I was the editor of a one-page mimeo sheet! I was just bowled over.

I do not recall much that happened after that, but I do recall that the audience lasted about half an hour and that I enjoyed every minute of it. We spoke in Yiddish, and the Rebbe asked me about my Talmudic learning, posing some very simple questions, which I had no trouble answering. Also, I recited several passages of the Mishnah which I had committed to memory. (In our school, learning mishnayot by heart was required and we received prizes – such as Parker pens, an impressive gift back then – for every batch we memorized. I had a good memory so I memorized sixty or more mishnayot, and I had a whole collection of Parker pens.) I was proud to be able to recite what I knew for the Rebbe.

When it was over, the Rebbe wished me success in my Torah learning, and I left a happy kid.

I would just like to say that for somebody in the Rebbe’s position to devote that much time to a twelve-year-old was just remarkable. And the example he set stayed with me.

After I became an eye surgeon, guiding young people grew to be my passion. I invited them to observe me during examinations and to shadow me on my rounds. I tried to help them achieve their goals and if they chose to become doctors, to be good at their chosen profession.

This has been my way of giving back.

The Rebbe gave me a great deal of encouragement in that audience – as I am sure he did to the thousands of others, whether young, middle-aged or old, who flocked to see him. And I have always wanted to do the same for other people in whatever way that I could.