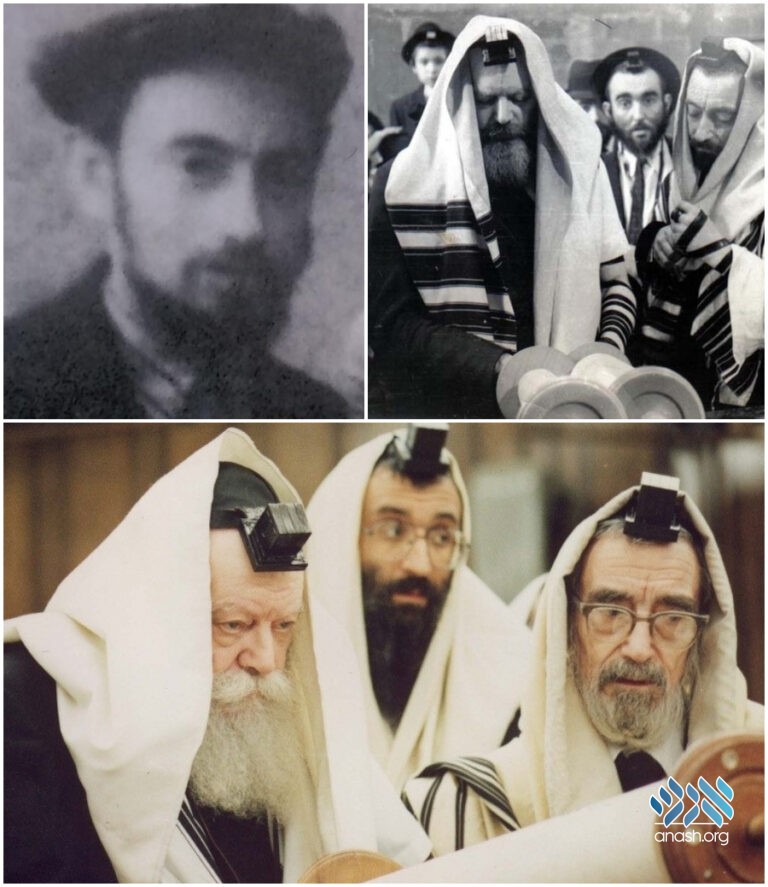 Reb Mottel Shusterman, the legendary baal korei and printer, was a sincere chossid who put his tenant’s need before his own. In connection with his yahrzeit on 22 Iyar.

The following story was told to me by my very good friend Chaim Binyomin, who comes from California but lived for many years with his wife and family in Crown Heights.

Most of the houses in Crown Heights accommodate two families – one upstairs and one downstairs. The house of Reb Mottel Schusterman was no exception. Reb Mottel, an acknowledged expert in all matters pertaining to the Hebrew language, and also the Baal Koreh in the Rebbe’s Shul, ran a successful and well-known printing business. He and his wife lived in the upstairs apartment of their President St. home, whilst Chaim Binyomin and his family were the downstairs tenants.

Relations between landlords and their tenants are not always ideal. The landlord, especially if he is an older person, often feels that the tenant is not treating the apartment with adequate care. If he lives in the same house as the tenant, this can often cause a great deal of tension and ill-feeling.

Reb Mottel and his wife were already older people who had married off all of their children, but somehow never gave their tenant the impression that they were breathing down his neck and carefully observing every movement of the family members as they zealously guarded the physical condition of their home. Relations between landlord and tenant were, in this case, completely harmonious and continued that way for many years. Even so, Chaim Binyomin was not prepared for what happened one Thursday night.

It was eleven o’clock at night and Chaim Binyomin’s wife was working in the kitchen preparing for Shabbos. Suddenly, the tap on the kitchen sink broke, releasing a jet of water into the air. Chaim Binyomin knew how to turn off the water supply, but had no idea of what to do next. Knowing that the Schustermans were still awake, he went upstairs, where he found Reb Mottel sitting at the kitchen-table learning.

“Rabbi Schusterman,” he said, “We have a problem. Our kitchen tap is broken, and I don’t know what to do.” Reb Mottel closed his Gemorrah. “I’ll be down soon,” he said, and started searching for his tools.

Chaim Binyomin went back downstairs and continued doing whatever he had been occupied in before. Soon he heard Reb Mottel come down and start tinkering with the kitchen sink. A few minutes later, he returned to the upstairs apartment. Chaim Binyomin knew that Reb Mottel never threw anything out, and kept in his basement an inexhaustible supply of spare parts, old taps, handles and all sorts of gadgets. He consequently assumed that Reb Mottel had fixed the problem with one of the discarded taps which had been lying in the basement for the last fifteen years. He was therefore, when he walked into his kitchen, amazed to see an almost brand-new tap installed in his sink. Running upstairs to thank Reb Mottel, he found him busily involved with a combination of wires and rags as he tried to attach the broken tap from downstairs to his own sink.

“Rabbi Schusterman,” he protested. “Why did you do such a thing? Did you think I wanted you to give us your own new tap, and then have to use our broken one?”

Mrs. Schusterman was sitting by the table, and as she listened in amusement to Chaim Binyomin’s outburst, she started to laugh. When Mrs. Schusterman laughed, your problems disappeared. She had a way of seeing through all the frustrations and difficulties which a couple might be experiencing, and showing them how to get things into perspective. “You’re from California,” she laughed. “You’re modern people. You’re used to things that work. You should have the tap. We’re from Russia. Either we didn’t have things, or, if we did, they were broken and didn’t work. We don’t need a tap in working order. You do. You have it.”

Chaim Binyomin – better known as Rabbi Burston – has made hundreds of story-tapes, which have fascinated thousands of children all over the English-speaking world. My own children and grand-children have spent countless hours listening to his stories of the Tzaddikim throughout the ages. The above story is not on any tape and would probably not enchant too many children. For those who are a little older, however, it carries an important message.

For me personally, the most interesting aspect of the story is that a couple who had already lived in the U.S.A. for over forty years, who were established materially and had set-up a home where everything was efficient and well-managed, were still able to retain the simplicity and uncomplicated attitude of their youth. Nothing is taken for granted, and possessions are not crucial. The main thing is to see that the genuinely needy i.e. those whose upbringing makes them feel that they need, should receive their heart’s desires.

May Hashem help us to feel the other person’s needs as much as we feel on our own.