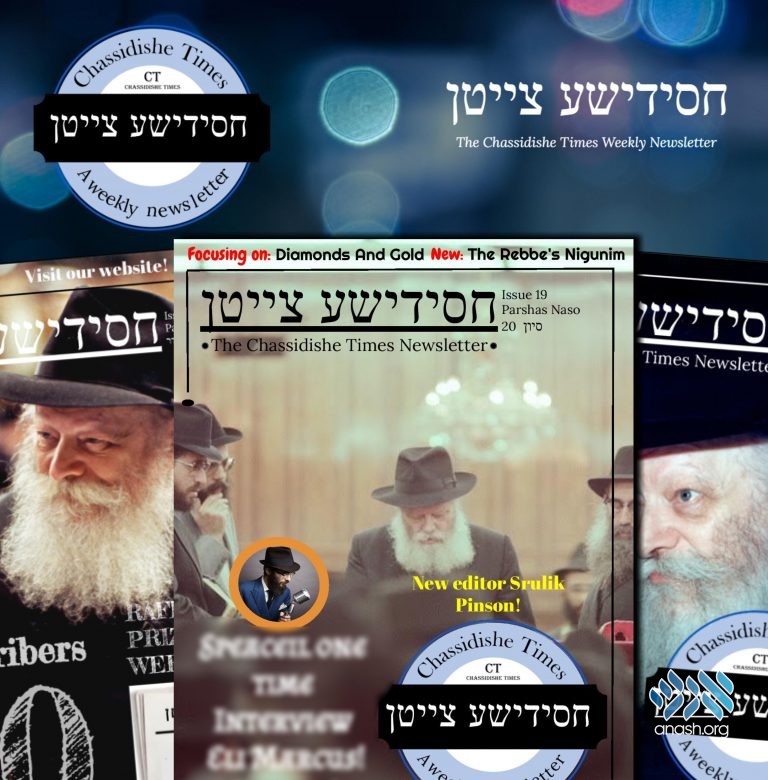 Six young shluchim from around the US produce their own biweekly magazine, chock full with stories, Torah, games and entertainment. This week, they interviewed singer Eli Marcus.

For the past four and a half months, six young shluchim from around the USA have been quietly producing a bi-weekly magazine and distributing it to friends and family. What started off as a project between friends, quickly grew into a full-fledged magazine with hundreds of subscribers and tens of pages.

It all began when six friends from Shluchim Online School began looking a creative outlet for their time out of school. Seeing the many children’s magazines published by various Jewish newspapers, they decided to produce their own, one that would fit their values as chassidim and shluchim.

The first few issues had about 15 pages, and only a few friends were subscribed to the magazine. Word-of-mouth quickly spread the news of the new publication, and as subscribers increased, the publishers kept on adding to the size of the magazine. This past week, the magazine reached the 50 page mark!

“We make sure the magazine is full of both tochen and entertainment,” the publishers told Anash.org. “It has a number of features, including: Rebbe Stories, Sichos, Serial-stories, Inyanai geula Umoshiach, Comics, and much, much, more!”

The magazine also began interviewing shluchim and other personalities, finding out what the young chassidim could learn from their elders’ experiences. This week, they interviewed shliach Rabbi Sholom Brook of Minneapolis, Minnesota and singer Eli Marcus.

“We worked very hard to produce a good and entertaining newsletter for kids, we don’t want anyone to miss out on this amazing newsletter,” they said.