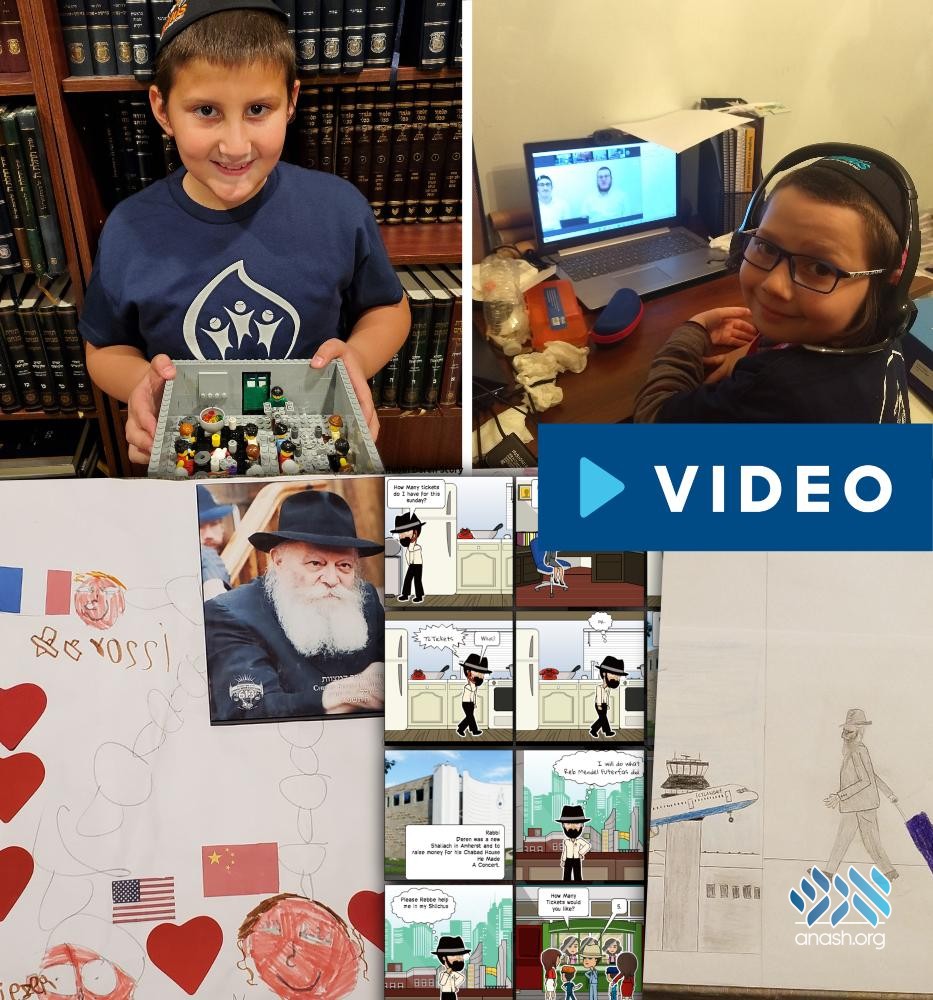 As part of the Kinus Tzeirei Hashluchim, young shluchim from around the world competed in a “Show The World”, in which they showcased projects showing how all Chassidim are connected. The winners of the competition were just announced.

The Kinus Tzeirei Hashluchim announces the winners of the “Show The World” competition, an amazing challenge that took place during the Kinus program.

In preparation for this year’s Kinus Tzeirei Hashluchim, a never seen before competition was revealed to over 1,500 Young Shluchim all over the world, giving them the opportunity to get creative and win phenomenal prizes.
“Show The World” was centered around the theme of Chassidim ein mishpocho, focusing on that although we might be physically distant, we all have one father – the Rebbe, and we are all connected to each other.

To enter, Young Shluchim were challenged to create any form of art from drawings to short videos to showcase their talents and bring out an inspiring message.

During the Kinus program on Sunday, Young Shluchim excitedly tuned in for the live mega showdown where they got to watch beautiful presentations from the top 10 finalists together with a talented panel of judges.

“It was amazing to see the creativity of the Young Shluchim and the way they brought the theme beautifully,” remarked Berel Bendet who directs the Kinus. “We were really proud to showcase all the submissions that came in.”

After being entertained and inspired by the incredible submissions, the top finalists and winners were announced:

Watch a replay of the submissions from the top 10 finalists below.

View all of the submissions on the Kinus photo site: https://media.youngshluchim.org/Kinus/Boys/Photo/5781/Show-The-World