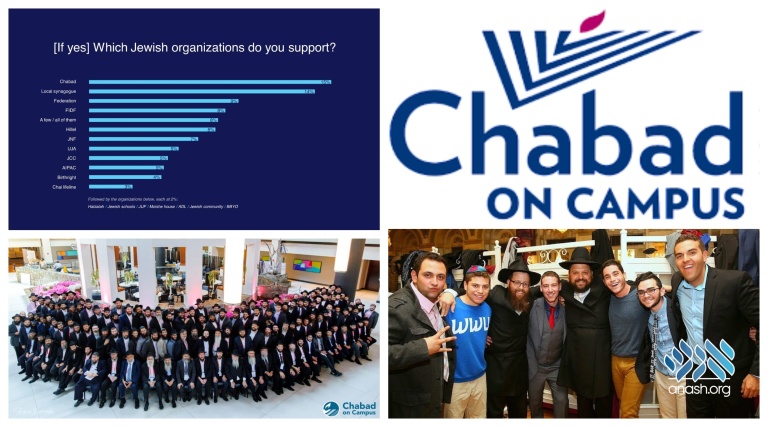 A survey conducted recently highlighted various trends among Jews of all ages from around the world. The majority of participants were American millenials, with 60% of the 4,000 surveyed living in the United States, and 80% falling between the ages of 18 and 34.

The survey sought to highlight patterns relating to Jewish identity, asking questions such as “How do you observe Kosher?” and “Which Jewish holidays do you observe?”

Two questions asked in the survey highlight the impact Chabad has had on Jewish identity and connection among modern young Jews. When asked which Jewish organizations they are or have been affiliated with, 41% responded that they are involved with Chabad. Only two organizations- Birthright Israel and Hillel- came out ahead, by a very small margin.

Interestingly enough, when the same group was asked which Jewish organizations they support, Chabad ranked first on the list, with Hillel taking sixth place, and Birthright at number eleven.

Clearly, Chabad is having a significant impact on young American Jews today. Some senior shluchim have commented that this is almost certainly thanks to the work of campus shluchim, as well as Chabad organizations geared toward young Jewish professionals. This study, if done 30 years ago, would likely look quite different.