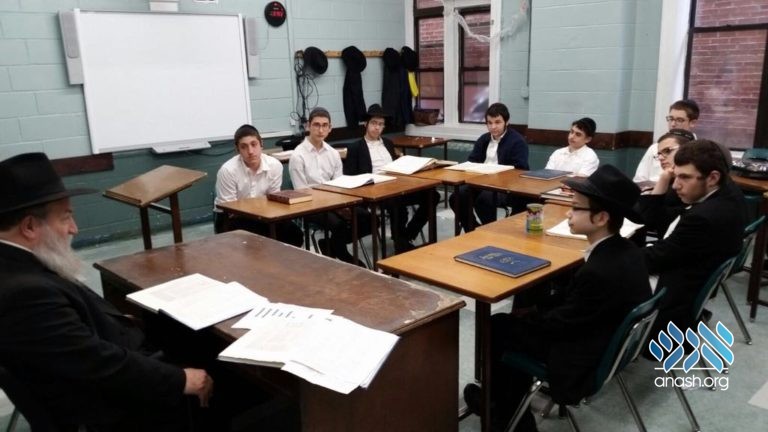 These bochurim won’t be knocking on your door to collect for Chanukah mivtzoyim this year.

As Chanukah approaches, bochurim throughout the tri-state area will be arranging Mitzvah Tanks, as they do every year. Numerous groups will hit the streets of New York City armed with menorahs, doughnuts, and more. Their objective: to spread the beauty of Yiddishkeit to every single Jew.

Every year, thousands of unaffiliated Jews are able to experience the joy of Chanukah thanks to this initiative. For many of them, engaging with Judaism is a rare occasion.

The Rebbe strongly encouraged the Tanks, saying that Hashem’s army should operate just like a regular military would, with ranks, promotions, and Mitzvah Tanks. Doing so transforms that which is generally used for destruction into a beacon of warmth and light.

Many people don’t realize that these young bochurim are expected to raise close to $3,000 to cover expenses such as an RV rental, menorahs and more. The residents of Crown Heights are accustomed to hearing knocks on their doors in the evening hours. Each time a group knocks, people need to stop what they’re doing to answer the door, listen to a pitch and (hopefully) reach into their pockets.

This year, a new idea is being implemented by the bochurim of shiur alef at Chovevei Torah Mesivta to simplify the giving process. They have launched an online GoFundMe campaign which enables donors to easily and securely contribute to this valuable cause with a few taps. You can also dedicate a donation in honor or in memory of your loved ones. The goal is to make collecting for Chanukah mivtzoyim a smooth and efficient process, both for the bochurim and members of anash.