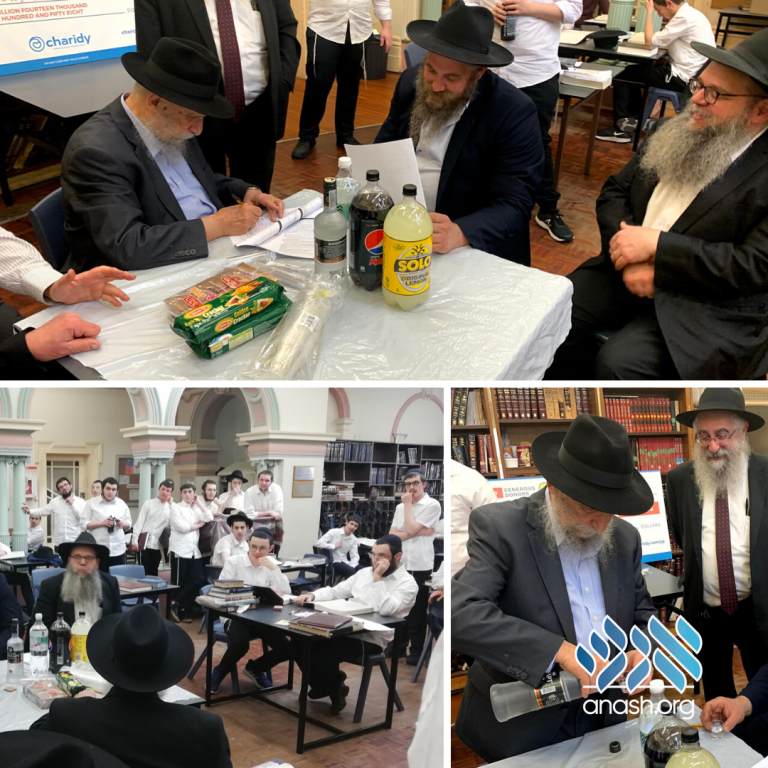 Rosh Chodesh Cheshvan 5780 marks 70 years to the day from when the Frierdiker Rebbe wrote to Reb Zalman Serebryanksi, accepting his proposal to establish a Yeshivah in Australia (originally located in Shepparton), and in fact, urging him to do so without delay.

On this same day 70 years later, and after receiving final approval and building permits, Yeshivah Gedolah Melbourne signed a contract with a construction company (represented by Ari Schachter) to begin building its most ambitious project yet – a major extension and redevelopment of its Alexandra Street campus.

On hand for the signing were Rabbi Shmuel Gurewicz (Director), Mr Avrohom Procel (Executive Director), Rabbi Binyomin Cohen (Rosh Yeshivah), Rabbi Sholom Ber Engel (Mashgiach), and Mr Mendel Serebryanski (Executive). Afterwards, Lchaim’s were poured and Rabbi Gurewicz addressed all the Bochurim in the Zal about the significance of the event.

Established in 1966, the Rabbinical College of Australia & New Zealand (Yeshivah Gedolah) is Australia’s first and largest fully residential institute of tertiary Jewish studies. It caters for both Australian and international students. Its graduates are found in all areas of professions, industry and commerce, education, the Rabbinate and outreach work, serving communities here, interstate and overseas.

The first stage of the new and exciting world-class development focuses on the construction of a new two-storey wing which will include an extension to the study hall (Zal), new staff offices, five new bedrooms to accommodate fifteen students, and restoration of the Dining Room to its original grand size. The development was enabled in large part due to the successful Charidy campaign conducted half a year ago, and Yeshivah Gedolah remains profoundly grateful to the matchers and 1,100 donors who generously and enthusiastically contributed over one million dollars to the campaign, showing their appreciation and support for the institution which has given so much for more than 50 years.