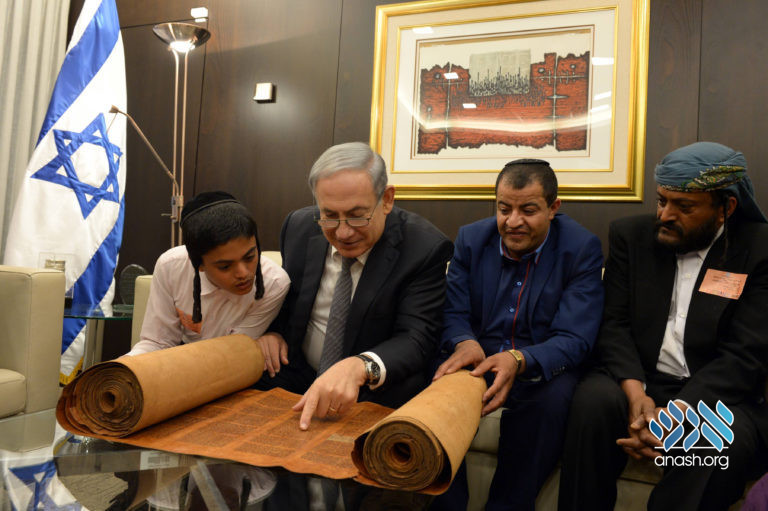 Yemen’s government has filed a request for a Memorandum of Understanding [MOU] with the US State Department in an attempt to claim ownership over Jewish cultural items it claims were smuggled out of Yemen illegally, claiming them as “national cultural artifacts.” Fox News reported.

Among the items are a centuries old Torah scroll that was smuggled to Israel by the family of Manny Dahari, whose family has owned the scroll for at least 300 years.

The request by the Yemeni government was filed with the Cultural Property Advisory Committee, and a hearing was held on October 29-30. If granted it would recognize Yemen’s ownership of the items, and anyone transporting or possessing such items, could face sanctions.

A decision from the State Department is expected over the next few days.

A century ago, Yemen boasted one of the largest Jewish populations in the world. But wars, terrorism, and violence targeting this minority forced most of them to flee for their lives, with many settling in the United States or Israel.

Jewish groups worldwide have asked the U.S. government not to honor by Yemen’s request. The fear is that Yemen wouldn’t properly care for the relics. The government has a history of persecuting Jews and, destroying homes, synagogues and other remnants of Jewish life in Yemen.

“Jewish cultural property such as Torah Scrolls does not constitute the national heritage of governments who expel or who forced their Jewish communities to flee anti-Semitic prosecution,” says Sarah Levin, the executive director of Jews Indigenous to the Middle East and North Africa (JIMENA). Yemeni Jews are part of a distinct ethnic Jewish rite known as “Mizrahi.” While Mizrahi Jews once called lands like Yemen and Iran their homes, they now mostly live in Israel.