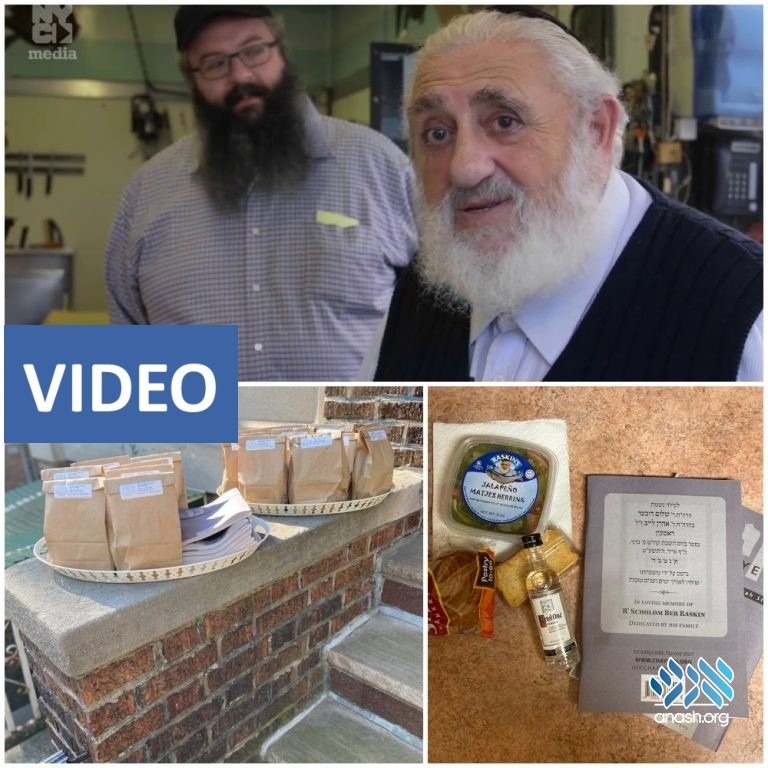 Reb Berke was a son of the chossid Reb Aron Leib Laine, who died during the siege of Leningrad during World War 2. His mother Doba Reiza (nee Raskin) managed to live out the war in the Russian city of Gorki with her four sons and made it to Crown Heights after the war, where she was niftar in 5730/1970.

Reb Berke was a fixture in the Crown Heights business scene for well over 50 years and did much chesed in that capacity. He never missed an opportunity to influence another Yid and bring him closer to Yiddishkeit.

Unable to offer the customary yartzeit l’chaim, his son R’ Aaron Leib invited family and friends to stop by and a pick up a l’chaim-to-go. The packages included a bottle of mashke, crackers, Raskin’s herring, and a Chayenu, to learn and say l’chaim in his memory.

VIDEO: Reb Berke speaks about Crown Heights and his store in an interview with NYC media.

VIDEO: Reb Berke is featured in the 1972 documentary about Crown Heights titled ‘The Hasidim’.