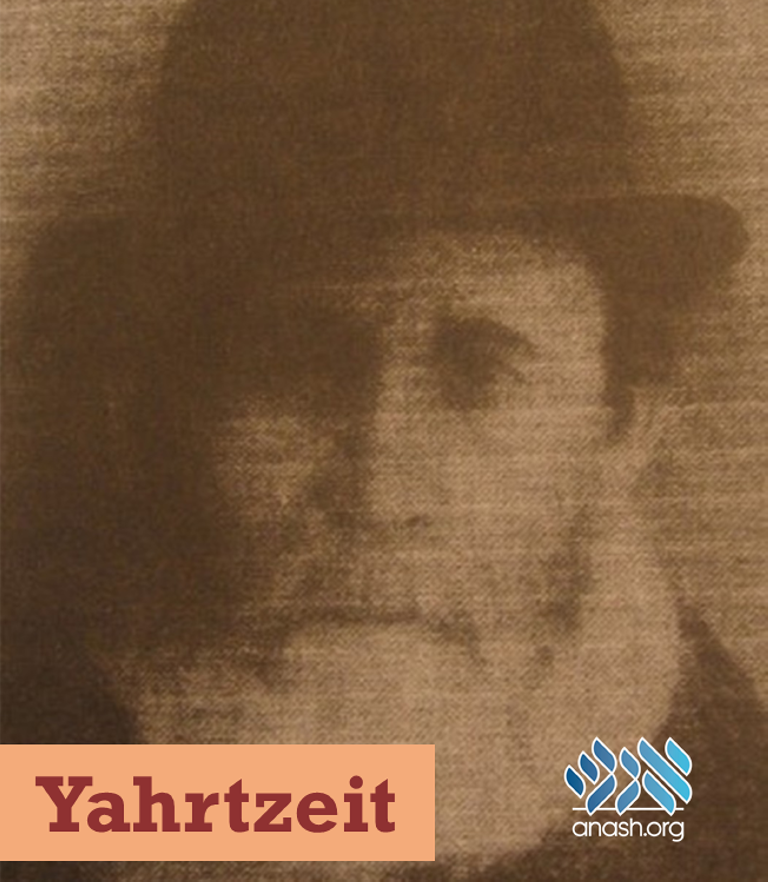 Today is the yahrtzeit of R. Nosson Gurary of Krememtchug, ancestor of one branch of the Gurary family.

Reb Nosson the son of Reb Schneur Zalman Gurary of Krememtchug was one of the three Gurary brothers; Reb Shmuel, Reb Nosson and Reb Mendel, who were famous throughout Russia for their Torah and gedulah, being both learned and wealthy men. A notable hiddur that Reb Nosson could allow himself was a complete house that was used only for Pesach! His home was open to any and all needy, and his factories employed many Jews and chassidim b’derech kavod.

Nosson was the middle one of the three brothers. Born in 5626/1866, he married Esther, the daughter of Reb Zvi Hirsh Broide, who was descended from the tzaddik Reb Moshe Zvi of Savran. Like his brother Shmuel, Nosson also gave whatever he could to support the Rabbeyim and their causes of Torah and gemilus chassodim. The Rebbe Rashab sent him along with a group of prominent chassidim to Eretz Yisroel in 5674/1914 to settle a dispute about the leadership of Colel Chabad in Yerushalayim.

The Russian revolution took a great toll on Reb Nosson and his family. Although spared physically from the turmoil his fortune was not. Reb Nosson left Krementchug in 5680/1920 and traveled to Rostov to where the Rebbe Rashab had escaped to in 5676/1916. His factories and business holdings were confiscated by the Bolsheviks, but he had managed to sell many of his holdings and belongings for cash. Despite the terrible financial times, he spent much of the precious cash that remained with him on melamdim for his young son Zalman, as well as to support the needy and yeshivah bochurim.

In 5681/1921 Chana, the Rebbe’s oldest daughter married Shmaryahu Gurary, son of Mendel. The fact that Reb Shmuel Gurary had passed away earlier that year and Reb Nosson had his fortune taken from him as well, meant that there was no money for a wedding in Bais HoRav. Soon, whatever Reb Nosson still had to his name was also taken from him, when a band of robbers was allowed into the house by an ingrateful maidservant and took everything of value. He suffered a heart attack from that incident and passed away a short while later, on 26 Nissan 5682/1922, at the age of 56. He was buried near the ohel of the Rebbe Rashab in Rostov.

Mrs. Esther Gurary lived for some 20 years after his death, until her passing in Warsaw in 5702/1942. Their children were Reb Moshe, Reb Shmerel, Reb Zalman, Reb Hirshel, Shprintze (Meltzer), Perel (Horowitz), Faige (Gurary) and Leah (Karasik.) Reb Nosson passed away a year after his older brother Shmuel. Mendel, father of Rashag, was afraid that his “turn” would also come soon, so he went to the Frierdiger Rebbe and asked for a brochoh. The Rebbe advised him to leave Russia, which he did. He settled in Romania and lived there for close to 25 years.