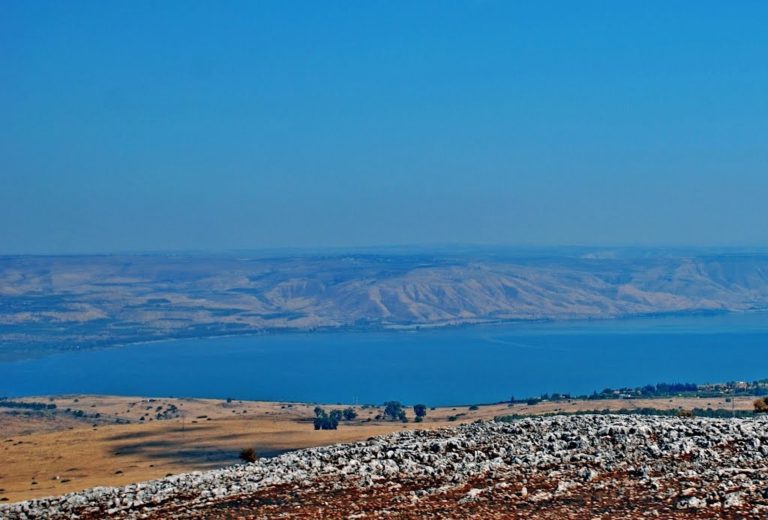 Insider information reaching Yad L’Achim last Thursday indicated that a large group, including many Jews, was set to undergo baptism in the Kinneret this past Shabbos.

The missionaries, from the “Knessiyat Hachaim” church in Tel Aviv, which operates mainly with Russian-speakers, felt certain that Yad L’Achim would be helpless to prevent a baptism on Shabbos since it could not follow the convoy and warn away its participants.

But Yad L’Achim didn’t give up. Fifteen students from Yeshivas “Ma’aleh Eliyahu” in Tel Aviv, answered the call for volunteers issued by the manager of Yad L’Achim’s Tel Aviv branch, enlising in the effort to prevent the baptism.

At 9 a.m., with dozens of Jews gathering at the entrance to the church to join the missionaries for the journey to Tiberias, the yeshivah students showed up with flyers that had been prepared beforehand. The students, dressed in shirts that had printed on them in Hebrew and Russian – “Jew, stop! This Christianity isn’t for us!” – engaged the Jews in one-one-conversation in a bid to convince them not to join the convoy to Tiberias.

Some of the Jews understood what the students were saying and the seriousness of what they were about to do, and expressed their discomfort. This caused the missionaries to explode in anger and to scream at the students, creating a scene. Passersby sided with the students, and urged the confused Jews not to act hastily.

In the end, only some of the Jews gathered at the church joined the convoy of private cars – but even those didn’t make it to the Kinneret. The convoy received a frantic call from the intended baptism site with the news that Yad L’Achim activists who’d spent Shabbos in the area were waiting for them there as well. At that point, the members of the convoy gave up, turning around and scattering to their homes.

News of the dramatic turnaround reached Yad L’Achim after Shabbos from a reliable inside source in the missionary church.

Yad L’Achim noted with satisfaction the success of its quick response, crediting its sharp message and the involvement of activists and volunteers who had been prepared ahead of time.

“This shemad journey was meant to be carried out after several years in which no large baptisms like this were held,” the counter-missionary organization said in a statement. “We will continue to stand guard against this church and other missionary churches in Israel. We will reach all Jews who are scheduled to undergo baptism, and expose them to the missionary lie. At the same time, we will present them with the authentic Judaism that the missionaries are seeking to deny them through their lies and attempts to take advantage of their ignorance and distress.”