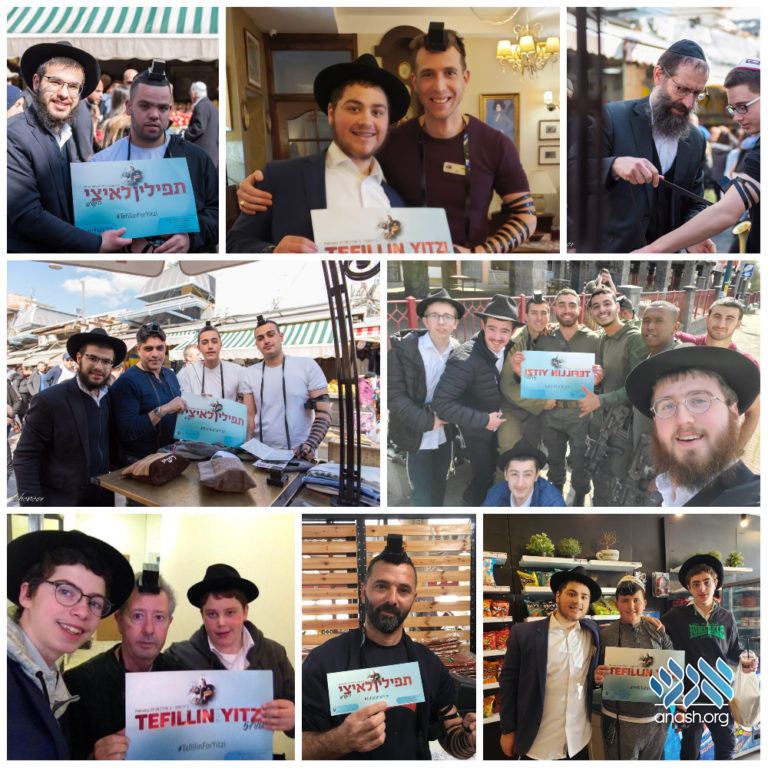 Thousands of Jews around the world will put on tefillin and light Shabbos candles in honor of Rabbi Yitzi Hurwitz’s upcoming 48th birthday. This year’s campaign aims for 26,000 new mitzvahs.

There’s no doubt that Rabbi Yitzi Hurwitz is charismatic, and his international fan club seems to be growing by the year. All this despite the fact that he has not uttered a word since the fall of 2013.

It’s been seven years since Hurwitz was diagnosed with ALS (Lou Gehrig’s disease) on his 41st birthday, and the rabbi is showing no signs of slowing down his prolific output or curbing his gregarious personality. Using just his eyes to communicate, he writes heartfelt as well as scholarly essays on Chabad.org that are enjoyed around the world.

Two years ago, a group of yeshivah students who were inspired by the faith and good cheer of the Chabad emissary to Temecula, Calif., decided to give him a gift for his 46th birthday that would keep on giving: 4,600 Jews around the world would don tefillin in his honor. Stories

The campaign caught fire, and the result was that an estimated 10,000 men in 15 countries put on tefillin and shared pictures with the organizers. Thousands of women also lit Shabbat candles that Friday afternoon in his honor.

The next year, they did it again, and 23,000 mitzvahs were done in his honor, smashing the stated goal of 15,000 mitzvahs. Now, in its third year, #tefillinforyitzi is poised to reach an even wider pool of fans.

In advance of the rabbi’s upcoming 48th birthday on 2 Adar (Feb. 27), organizers are seeking to outdo the runaway success of the past two campaigns. Echoing the Rebbe’s call to strive for more and reach higher, they are hoping for an additional 26,000 mitzvahs, with a special focus on Shabbat candles and tefillin.

After the rabbi’s illness was diagnosed, a video production of “Shine a Little Light,” a beautiful and inspiring song the rabbi had written years earlier, was created by a number of well-known musical artists. The rabbi’s wife, Dina Hurwitz, said last year’s birthday campaign reminded her of “the outpouring of love and brotherhood we saw at the beginning of Yitzi’s illness and again when the song came out.”

For his part, the rabbi used eyes to write messages to the women lighting Shabbat candles for him and to the men who put on tefillin in his merit.

To participants in the tefillin campaign, he shared that when he was first diagnosed the first parts of his body to be affected were his head (most notably his speech) and his left arm, the two places where tefillin are placed. And to the women, he confided, “If you only knew how much pleasure this gives me. I have no words to describe how grateful I am. This is the best gift. I love to watch Dina and the girls light candles. There is something so pure and holy about it … ”