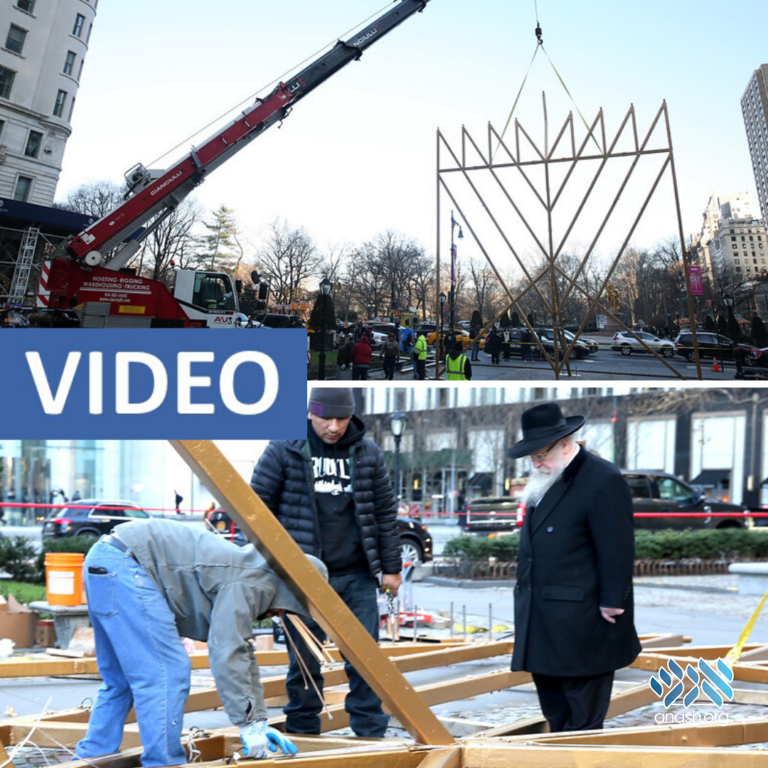 On Wednesday Chof Kislev, the world’s largest Chanukah menorah was raised by a crane in central New York City.

The World’s Largest Chanukah Menorah will stand proudly at Fifth Avenue and 59th Street, in front of the Plaza Hotel and across the street from Central Park.

In addition to being the world’s largest menorah, at 36 feet and weighing 4,000 pounds. Organizers say this year it is also going to be the world’s brightest menorah, with LED lighting added to the frame to increase the light in a show of Jewish pride to confront the growing antisemitism.

Rabbi Shmuel Butman, director of Lubavitch Youth Organization said “The menorah serves as a symbol of New York City’s dedication to preserve and encourage the right and liberty of all its citizens to worship G‑d freely, openly, and with pride. Specifically in America, a nation that was founded upon and vigorously protects the right of every person to practice his or her religion free from restraint and persecution.”

The Rebbe wanted this Menorah to be the world’s largest. And in 2006, the Menorah was certified by Guinness World Records as the World’s Largest.