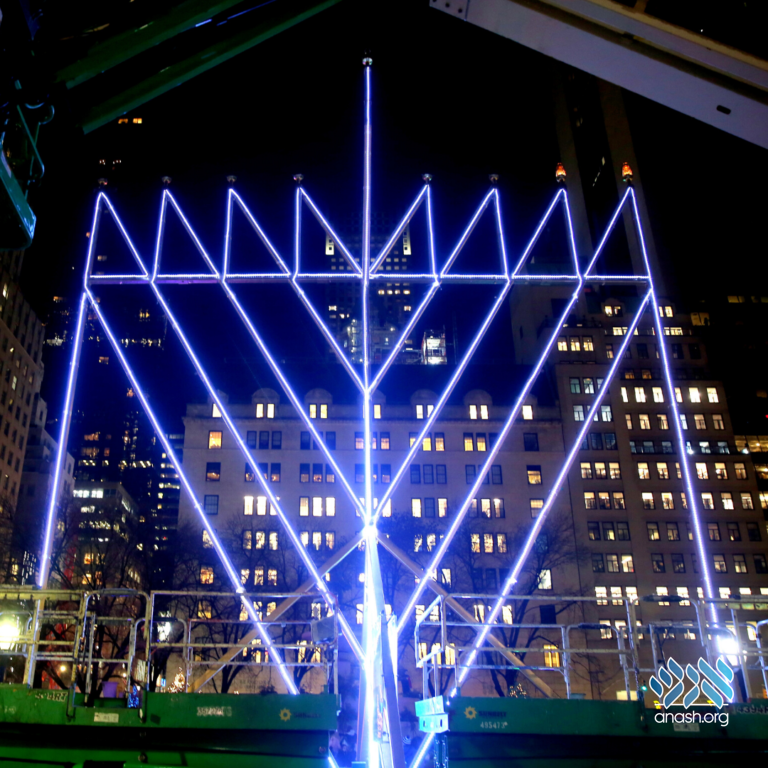 This year due to the darkness of the world the World’s Largest Menorah has additional LED lights that make it visible from blocks away. “You dispel darkness only with light” said Rabbi Shmuel Butman.

The lighting of the 8th Candle of the World’s Largest Menorah was dedicated to the victims of the inhuman attack in Monsey, NY.

The lighting of the 8th Candle of the World’s Largest Menorah was dedicated to the victims of the inhuman attack in Monsey, NY.

“This is not Berlin 1939, this is the United States of America 2019” said Rabbi Shmuel Butman, director Lubavitch Youth Organization from the top of the Menorah. “We call upon the Governor, the Mayor, the elected officials and the Court System to do what is right to protect our citizens.”

“It is unheard off that one should go to Shul (Synagogue) for the evening services and to witness the lighting of the public Menorah in Shul and to be knifed-down just for being Jewish,” added Rabbi Butman.

Rabbi Butman led the throng of thousands in saying Tehilim (Psalms) chapter 20 together for the speedy  recovery of the victims. “Put a nickel, a dime or a quarter from one pocket to another pocket and put it in a Pushka (Charity Box) when you get home.”

As it was the 8th candle of Chanukah there was live music and singing and hot Chanukah latkes where distributed.

“The term ‘happy Chanukah’ now has a special meaning as it was not a ‘happy Chanukah’ in Jersey City in Monsey and, by extension, in the Jewish Community, as we are one. We are asking that the Festival of Chanukah should be a happy one,” said Rabbi Butman.

The local and international media constantly covered  the World’s Menorah and brought it to the attention of hundreds of millions of people the world over.