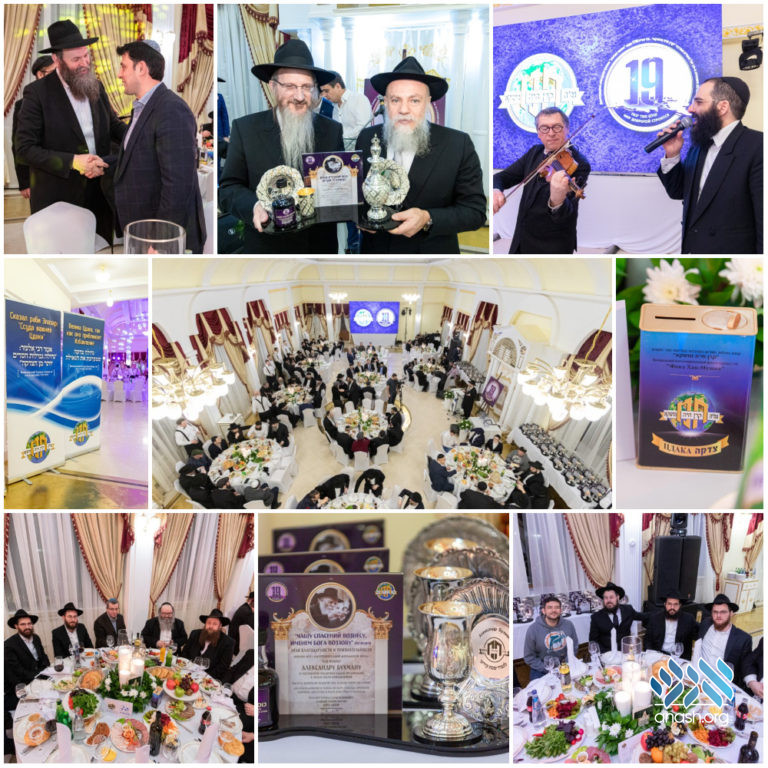 In light of the recent world situation with the coronavirus, hundreds gathered in Moscow to increase in charity and goodness. We hope that the merit of the tzedaka given all over the world, and in the FSU in particular, will stand us all in good stead.

It was an evening completely dedicated to giving. The melava malka, which has become an annual tradition, was to benefit the “Keren Chaya Mushka” gemach.

The free-lending society is based in Moscow’s Shaarey Tzedek Center and helps Jews all over the FSU: Shluchim, Rabbis, and their communities. Since its inception nineteen years ago, it has become one of the largest gemachs in the Jewish world today.

The guest of honor at the event was the Chief Rabbi of Russia, Rabbi Berel Lazar, who founded the gemach and serves as its president. Rabbi Lazar delivered divrei Torah and spoke about the great merit of all those who support the wonderful work of the gemach, which is run by volunteers from amongst Moscow’s shluchim, who dedicate themselves to helping people day and night.

Next to speak was philanthropist Mr. G. Zecharyayev, who hosted the melave malka in his beautiful, newly built Center for Kavkazi Jews in Moscow. Mr. Zecharyayev is one of the gemach’s biggest supporters and a dear friend.

The guests enjoyed a fascinating symposium on the laws of tzedaka and chessed, which included clear halachic explanations by Rabbi Berel Lazar on a variety of unusual situations which have come up during the nineteen years of the gemach’s existence, and which the board members have had to deal with while offering support and assistance to so many.

After presenting a token of appreciation to all active supporters, bentching was led by a friend of the organization, director of Moscow’s Jewish communities, Rabbi Mordechai Weisberg.