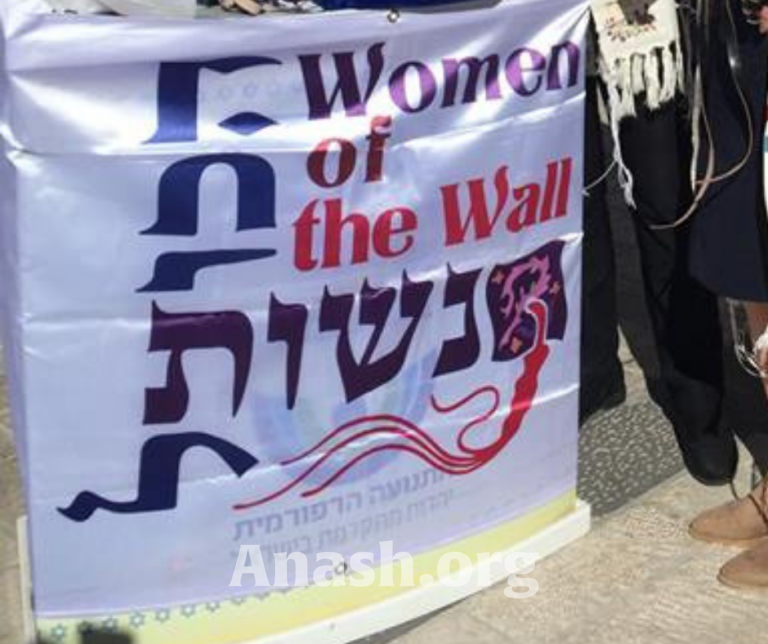 Women of the Wall, a feminist group with a history of fighting against traditional Jewish practice at the Kosel, has erected a tefillin stand in the heart of Jerusalem.

Since 1988, Women of the Wall has been organizing provocative prayer services aimed at garnering media and other attention. According to the organization, its goal is to fight for the right of women to daven in whatever way they choose. In the past, that has included attempts to conduct minyanim at the kosel with women singing loudly and reading from the Torah.

Women for the Wall, a grassroots effort that was started to reclaim the sanctity of the kosel, has been peacefully protesting the group’s blatant disregard for halacha. Thousands of women from all across the spectrum of observance show up each month to combat what they see as Women of the Wall’s infringement on their rights.

Ironically, the feminist activists claim that they are fighting for the rights of the women who have consistently shown disapproval for their objectives and methods.

Last year, the group set their sights on creating another provocative public display: a women’s tefillin stand right next to the Chabad mivtzoyim booths. After appealing to the Jerusalem municipality for several months, they received approval to operate a stand in downtown Jerusalem.

Several years ago, some came out in an attempt to justify the women’s tefillin movement according to halacha. Immediately, rabbanim from all circles of Orthodoxy came out strongly against it. Most famous among these statements was that of Rabbi Herschel Schachter of Yeshiva University. His full halachic discussion can be found here.

Despite receiving a permit to operate a stand, the WOW activists remained unsatisfied. They had requested permission to place themselves right next to Chabad’s on Yaffo Street, and they were determined not to rest until that had been accomplished.

Following a legal battle of several months, the group recently received authorization to set up shop just a few meters away from “the Chabadniks.” Earlier this week, they began doing just that.

No doubt, this latest provocation has aroused and will continue to bring out serious opposition. At the same time, it is just as sure to inspire tens, hundreds, perhaps even thousands of Lubavitchers to increase their efforts in bringing the Rebbe’s mivtzoyim to every Yid, thereby filling the streets with unprecedented kedusha.