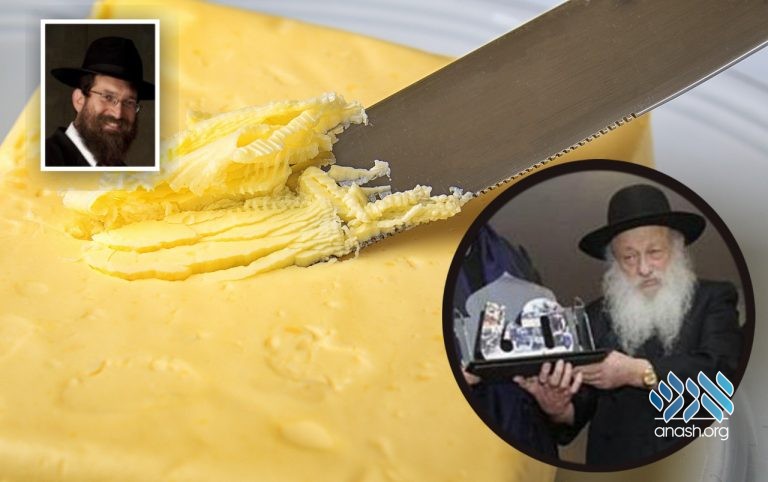 Rabbi Shimon Posner, shliach to Rancho Mirage, California, recalls his years spent by Rabbi Shalom Edelman in Morocco, his scholarship and dedication to every Jew in Morocco.

By Rabbi Shimon Posner for Anash.org

With this ghastly, appalling avalanche of loss around us, I feel almost guilty singling out a particular Chosid for mention. Nevertheless, geographically, he was removed from the metropoli of Jewish life, and so many of his fellow chasidim never saw him in action. I got to know him: Rabbi Edelman served in Morocco for 60 years, I saw him upfront for only two of those years, when the Rebbe sent me in a group of twelve to the yeshiva there. The impression he made on me is with me still.

Let me explain, in Morocco the organized Jewish community is a government institution. As a department within the government, it records all births, all marriages, all divorces and all deaths. As I understand it, by Moroccan law, if two Jews get into a dispute, the Beit Din adjudicates – and they have authority to imprison someone.

In America, religious liberties are understood as the personal conscious of an individual: that no government authority can either promote or prosecute any particular faith of any person. In other societies however, religious liberties are understood as group autonomy: where the government authorizes a recognized religious group to conduct their affairs as they see fit within the government structure. France and England have something similar, but nowhere as intense as Morocco.

For example, when we wanted to make a special gathering on a Sunday (at the behest of AGUCH in NY) and we wanted to send out an invitation to all of the Shuls in Casablanca, a man in a police-looking uniform showed up with the authorization stamped on the letter that would go out to all the congregations. There is no such thing in Morocco as just sending out a flyer.

When many of the rabbinic leadership of the time emigrated, largely to Israel, some to France, it was understood that they were leaving the community in good hands. In the immigrant rabbi’s hands. In the hands of the immigrant Rabbi who would never leave because he was there at the behest of his Rebbe.

I lack the scholarship to determine who is truly a scholar so I can’t speak of Rabbi Edelman’s scholarship. I can tell you that his students are respected Rabbanim throughout the world. I am confident that he would have been able to hold his own in any learned Kehilla: Antwerp, Brooklyn, Jerusalem, whatever. And yet he was still there. Humbly.

There is a story that one of my yeshiva friends witnessed. A sophisticated, well-dressed couple was standing outside Rabbi Edelman’s office. He greeted them warmly with a slight bow and added, “I made margarine for you!” He was referring of course to the bureaucratic nightmare he had just undergone to assure the production of kosher margarine in Morocco. Because he knew that if the margarine was there, most of the Jews would take advantage of it. Still, it conjured up the humorous image of the good Rabbi in his office whipping up a bowl of margarine.

It was a funny snippet between us for the rest of our stay, but years later I realized the vignette’s full impact: Behold the accomplished, erudite scholar who puts his scholarship aside in order to assure Jewish families had their margarine. In order to make sure that Jewish women had their Mikvah (and he constructed many, many mikvaot across the country, incredibly even for communities with less than 100 individuals). That marriages were performed correctly, that children were born from a kosher mikveh, that kosher butcher shops were indeed that and not a meaningless window dressing, that ordained rabbis knew the authority to whom they are answerable. All this happened because of Rabbi Edelman.

Another story that I won’t forget any time soon:
His office was in the same complex as our yeshiva and one day we noticed that there was a buzz of activity at his office, people coming and going, the most respected figures in the community wearing a look of concern. The story that I heard (and that I could not verify one way or the other, but which had the ring of truth to it) was that one of his mashgichim was certifying the kashrut at the wedding or some event of an extremely prominent Jewish family.

Again, keep in mind this is Morocco, so ‘prominent’ is not just a code for ‘loaded with dough’. This is a country, a monarchy, where every facet of every life, where every facet of the Jewish community, is governed by the king – the world’s last absolute monarch, not the constitutional monarchy of the UK, but the off-with-your-head variety – and this prominent man has the king’s ear. (In Middle-Ages Europe such men were called Shtadlanim.) And this man decided in the middle of his party, that he will be serving non-kosher wine.

“That is true, sir,” replied the timid mashgiach, “but I am sorry. I cannot allow the wine to be served here.”

The big-shot backed down. To think that this humble scholar imbued in his students that kind of fortitude!! That the golden rule is that gold is good but it does not rule.

There is the story of the big huge ship sailing full-steam on the open sea late at night and the captain sees a tiny little light in the ocean in front of him and he bellows into the radio, little boat, this is 750 tons of steel coming your way and I strongly suggest you move out of the way!! And a feeble reply crackles back through the radio: “I’m petrified of you, sir. And I would move if I could, sir. But I’m afraid I can’t move, sir. You see, I am a lighthouse.”

I witnessed times when others in the community had made public encounters with the rabbi, shall we delicately say, less-than dignified, and Rabbi Edelman did not retaliate, he barely reacted. Reminding us that no one can remove the option of acting honorably.

This quiet, humble servant of the community embodied his Rebbe’s teachings. In this inexplicable avalanche of ghastly stories, Rabbi Edelman, of all people, had to be buried on Yom Tov, and as I understand it, no one was there. On the Sunday of Chol Hamoed there was an impromptu zoom memorial — and it quickly maxed out as 1000 people joined.

As I type this, an image from twenty years ago comes back to me. I am officiating at the funeral of a decorated WWII veteran. And towards the end of the service, the honor guard came over to the widow, and with a very unsoldierly, utterly disarming and fully genuine quiver in his voice and on his chin, he handed the folded flag to the widow. “Please ma’am, on behalf of a grateful nation.” Ditto.