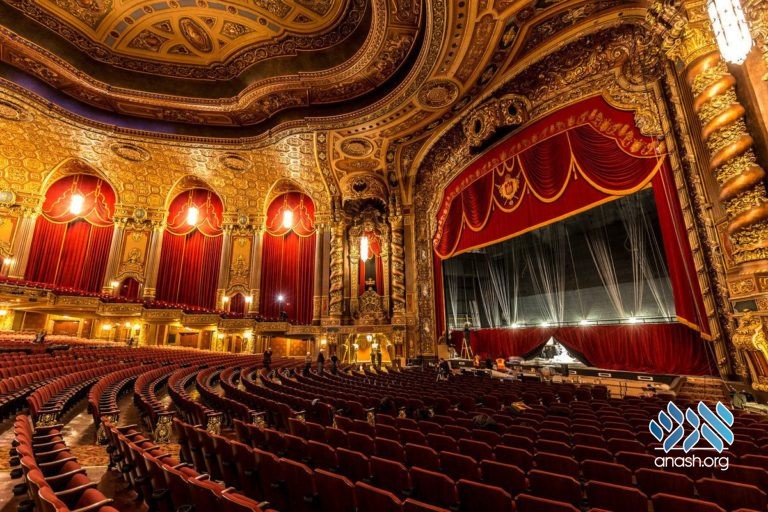 Before R’ Simcha Bunim of Peshischa became a Rebbe and a leader (following the passing of his predecessor, R’ Yaakov Yitzchok, the “Yid hakodosh” of Peshischa), he was engaged in business. To all appearances, he was a regular businessman; – in fact, he spent much time and effort to bring Jews he encountered to teshuva.

Once, there was a group of young Jews that he had befriended, and he was trying hard to influence them to increase in their Torah observance. They had taken a liking to him as well, and they wanted to influence him as well. They felt bad for him, being so old-fashioned and narrow-minded (and probably lacking an adequate secular education…), and they wanted to make him more worldly.

Finally, they offered him a deal: They would put on teffilin (as he was requesting of them), if he would agree to accompany them to the theater. They felt if he would only get a bit of a taste of olam hazeh, he would be able to have a better appreciation of it.

Now, I don’t know what any of us would do if faced with such a deal, but R’ Simcha Bunim was extremely eager for them to perform mitzvos, and he was prepared to accept any sacrifice upon himself for the sake of that goal, so he agreed to their conditions.

On the agreed-to date, they went together to the theater, purchased their tickets, and took their seats. But, not long into the show, they were surprised to notice that R’ Simcha Bunim was missing. Alarmed, they went out to search for him, and found him lying on the ground, in a dead faint, by the entrance to the building!

They hurried to revive him, and asked him what had happened to him. “It’s very simple”, he explained, “I went into the building, and it was dark, and there were many candles lit, and people dressed in white were going to and fro (on the stage), so the first thing that came to mind was that it must be Yom Kippur! And I was filled with such awe, that I fainted!”

But we should be able to expect that we should come into shul on Rosh Hashana and look in the machzor and hear the shofar and be reminded – at least by that – about the awe of the yomim nora’im, about the “tamlichuni aleichem”.

[And we should definitely be able to expect that our experience in shul on Rosh Hashana shouldn’t become a reminder, that triggers our memories of the fun time we had scuba diving in the Caribbean Islands…]

For this we might do well to retell a story shared by the Frierdige Rebbe, and repeated by the Rebbe on Simchas Torah 5726:

A poor man once had to make a chassuna. Now, in order to make a chassuna there are numerous requirements and numerous expenses. But, one of the basics is that the mechutan should have a decent set of clothes, something that this pauper didn’t own.

However, Boruch Hashem, he came up with a perfect solution for this problem. He had a very wealthy neighbor, who was kind and generous, and was glad to lend his own fancy suit to the poor man so that he could celebrate in style.

We can understand that, although the gvir’s suit was a very active participant in every detail of the chasuna, it will have had no bearing or impact on the gvir himself, because it is merely his suit that is in attendance at the wedding; – he himself is elsewhere.

So, too, (the Frierdige Rebbe concluded), it can be that when we are involved in learning Torah or serving the Eibershter, it is merely our suit, our levushim – our faculties, that are taking part, but we ourselves are elsewhere. Is it a wonder, in that case, that the experience has no bearing on us?

We are approaching the yomim nora’im, the holiest days of the year. We want to make sure, surely, that the experience is as meaningful as can be, and that it has a lasting effect on us throughout the coming year.

Well, in that case, we need to see to it that we ourselves are there, that we’re not just sending our suits and our sirtuks and our gartels to tekios, but we are personally present and involved as well. We can’t just be going through the motions, paying our dues for the high holidays, but we need to be involved and invested in it with our very being.

And one of the primary ways to ensure that we’re there with our pnimiyus by these important moments of the year – and not just as an empty suit – is by learning chassidus. I know, it’s already late, but it’s not too late (besides for the fact that it’s never too late). Today and Shabbos, take some time, and learn well an inyan in chassidus on these days.

There’s still a chance, but it takes some commitment. Steal some time from some of your less vital pursuits. And most importantly, steal some of the focus and tzugetrogenkeit that was designated for narrishkeiten (ok, don’t get insulted, you know I don’t mean you, I was speaking about myself…). And really learn the maamar in a way that it will change your Rosh Hashana, your Aseres Yemei Teshuva, your Yom Kippur, your Sukkos and Simchas Torah, and through that your entire year.