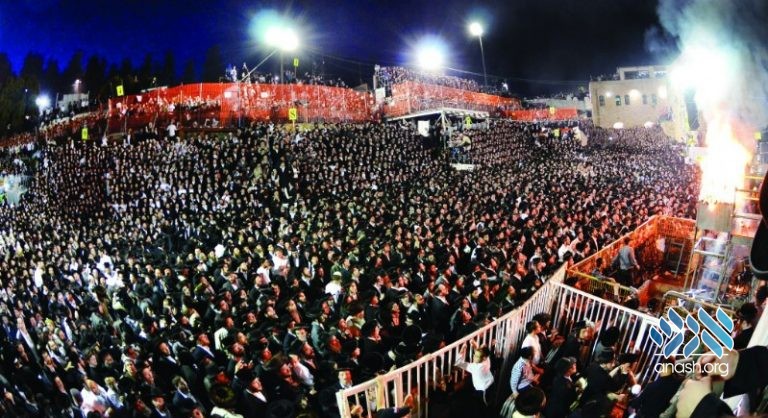 Israel’s Minister of Religious Services Yitzchak Vaknin said that the traditional hadalakos will be allowed, but crowds will be restricted.

The Israeli Ministry of Religious Affairs met on Sunday and discussed how Lag B’Omer hadlakos will be conducted this year during the coronavirus era.

The ministry instituted a protocol for hadlakos to take place on Lag B’Bomer according to Health Ministry regulations. Only the preliminary details were decided on at the meeting. Closer to Lag B’Omer, clear instructions will be issued to the public regarding the details of the hadlakos.

“It’s important for us to continue the tradition of hundreds of years of hadlakos being carried out at the tzion of the Rashbi in Meron,” said Minister of Religious Services Yitzchak Vaknin.

“The hadlakos will be carried out in four areas – Boyan, Gandi, Mearas Hillel and Toldos Aharon. The Rav or Admor and ten additional participants will participate in each hadlaka and each hadlaka will last for about an hour. An effort will be made to set the time of hadlaka to the time that it’s usually carried out every year.”

“The number of participants will be limited and entrance and access to Har Meron will be allowed only to those who hold a license,” Vaknin continued. “No tents will be allowed to be set up this year by Meron and those who light the bonfires will act in accordance with the rules set by the National Mercaz for the Mekomot Kedoshim. The Mercaz will video the hadlakos and they will be broadcast live to those who won’t be able to join in person.”