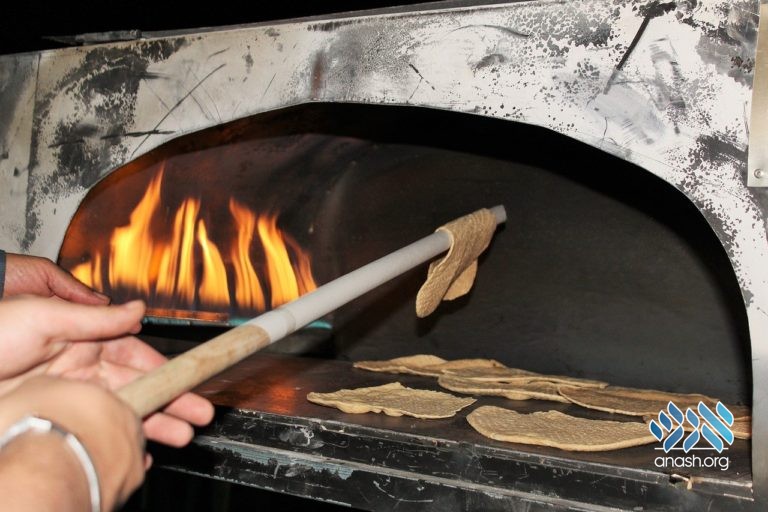 Motzei Shabbos Story: When the Seret-Vizhnitzer Rebbe demanded an extra three matzos from the precious stash baked right after the Holocaust, the Skulener Rebbe was taken aback. Then the Seder night arrived and he understood.

Our sages tell us that a propensity for acts of loving-kindness is one of the three basic characteristics of the Jewish soul. I would like to share with you a story that moved me deeply, which relates to this characteristic of loving kindness and mutual responsibility.

Rabbi Eliezer Zusha Portugal (1896-1982), the Skulener Rebbe, was the chassidic rebbe from a small town, Sculeni, in what was then northeastern Romania (now Ukraine). Toward the end of World War II, in March of 1945, he found himself, along with other holocaust survivors and displaced persons, in the Russian-governed town of Czernovitz, Bukovina. Although Germany would not officially surrender until May 7, much of Eastern Europe had already been liberated by the Russian army.

Passover was only weeks away. Although some Passover foodstuffs might well be provided by charitable organizations, the Rebbe sought to obtain wheat that he could bake into properly-guarded and traditionally baked Shmurah Matzah. Despite the oppressive economic situation of the Jews, he was able to bake a limited number of these matzahs. He sent word to other rebbes in the region, offering each of them three matzahs.

One week before Pesach, Rabbi Moshe Hager, the son of the Seret-Vizhnitzer Rebbe, came for the matzahs that had been offered to his father, Rabbi Boruch Hager. After being handed the allotted three matzahs, he said to the Skulener Rebbe: “I know that you sent word that you could give only three matzahs, but nonetheless my father, the Seret-Vizhnitzer Rebbe, told me to tell you that he must have six matzahs.” The Skulener Rebbe felt that he had no choice but to honor the request, albeit reluctantly.

On the day before Pesach, Rabbi Moshe returned to the Skulener Rebbe, saying “I want to return three of the matzahs to you.”

“But I don’t understand. I thought your father absolutely had to have six matzahs.”

“My father said to ask whether you had saved any of the Shmurah Matzah for yourself?”

Embarrassed, the Skulener Rebbe replied, “How could I, when so many others needed?”

“My father assumed that is what you would do,” explained Rabbi Moshe. “These three matzahs are for you!”