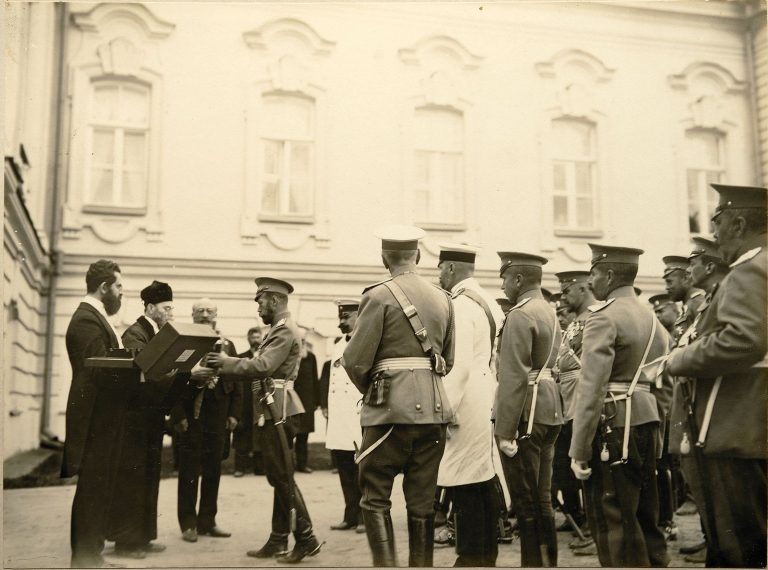 Czar Nicholas once threw a general into jail for a minor infraction, and left him there to rot. But when a chossid contradicted him in public and was imprisoned, he couldn’t get him out of his thoughts.

Though perhaps his name isn’t well known today, Rabbi Leib (Zalkind) Batlan was far from an obscure figure in his time. Rabbi of the city of Daugavpils (known in Yiddish as Denenburg or Dvinsk), he possessed a remarkable grasp of Torah and an impeccable memory, able to cite offhand any given place from the entire Babylonian Talmud as though he had just finished reviewing it. He was also a chassid of the first three Rebbes of Chabad.

Rabbi Leib had a wealthy son, who was a contractor by trade and had earned his fortune supplying food and clothing to the Czar’s military. The government found his services useful as well, employing him for the occasional construction project.

Our story begins when the son had just finished building a military installation in Denenburg. High-ranking generals arrived for an inspection and began scouring the entire facility for the smallest faults, also sniffing around for any misplacement of funds. They found nothing, expressed their approval, and departed. The son sighed, relieved it was over. But then, to his surprise, Czar Nicholas himself arrived for an inspection.

The Czar appeared with a pompous detail of Russia’s most decorated generals. The son, along with the architects, showed the Czar around and described the ingenuity of the building’s layout. As the group was entering one of the wings of the building, the Czar stopped and pointed at a wall.

“This wall is crooked,” he said, turning to look at the son. “It looks like it’s about to fall.”

A terrifying silence ensued. Silent looks were thrown around, frantically trying to pinpoint the one responsible. But before anyone could reassure the Czar, a voice spoke up.

“I don’t think the wall is crooked, Your Majesty.”

The stunned group slowly swiveled their heads in the direction of the voice, unable to believe their ears. It was the Jew, who stood there white as a sheet, blinking sweat out of his eyes. The Czar’s features darkened.

“Put this man in irons,” the Czar snapped at some soldiers loitering in the background. “Perhaps he’ll learn some manners while rotting in jail.”

Handcuffed and head down, the son was promptly thrown into a dark cell.

His father, Rabbi Leib, usually learned all week in the synagogue, which housed a local cheder he directed, and returned home only for Shabbat. When word of the son’s imprisonment reached his mother, she dropped whatever she was occupied with and rushed to the synagogue to inform her husband. He nodded, but seemed unbothered. Confident in G‑d’s kindness, he encouraged his wife to return home and continue on as usual.

The Czar had just left Denenburg when he abruptly stopped, a frown clouding his face. Amidst exchanges of curious glances from his entourage, the Czar sent a messenger back to Denenburg with an urgent order: inform the prison warden to immediately release the jailed contractor. Needless to say, the Czar’s word was soon implemented, and the son was released.

No explanation was heard from the Czar, who continued his traveling as though nothing had happened. The strange occurrence kept his generals guessing and sparked furious debates for most of the journey, until someone finally had the courage to pipe up.

“What would’ve happened, Your Majesty, if this Jew sat in jail for a few more days? After his defiance, this man is undeserving of your urgent attention. His release could’ve been achieved with a simple letter sent in a few days.”

The Czar was silent for a few moments, evidently formulating a response.

“Do you remember,” began the Czar, “the military parade in Petersburg a few years back? I had been curious to see whether loyalty was ingrained in our military. Whether their training had pushed the soldiers far enough. I visited each camp personally and requested from each general to have their soldiers demonstrate their unit’s capability. Most performed spectacularly, but there was one unit that was so poorly trained that I was sick to my stomach, so I had the general dragged away to a cell. And I forgot all about him.

“One day, I visited some prison, hoping to learn more about the men housed there and their conditions. A warden showed me around some of the cells, informing me as we moved along of each prisoner’s backstory and crime. At random, I asked to walk inside a particular cell and came face to face with that same general. He was different now, his clothing ripped and foul and a beard adorning his face, but no doubt it was him. I asked him why he was here, and the general reminded me of his crime, bitterly adding that he had been locked up for over two years. Feeling rather contrite, I apologized and had him released.”

The Czar regarded his generals with a puzzled look. “This general sat in jail for over two years, yet I never remembered him. Never recalled his face. The contractor from Denenburg, however, kept flashing in front of my eyes, and I couldn’t think of anything else. That is when I realized perhaps it’d be wise to let him go.”