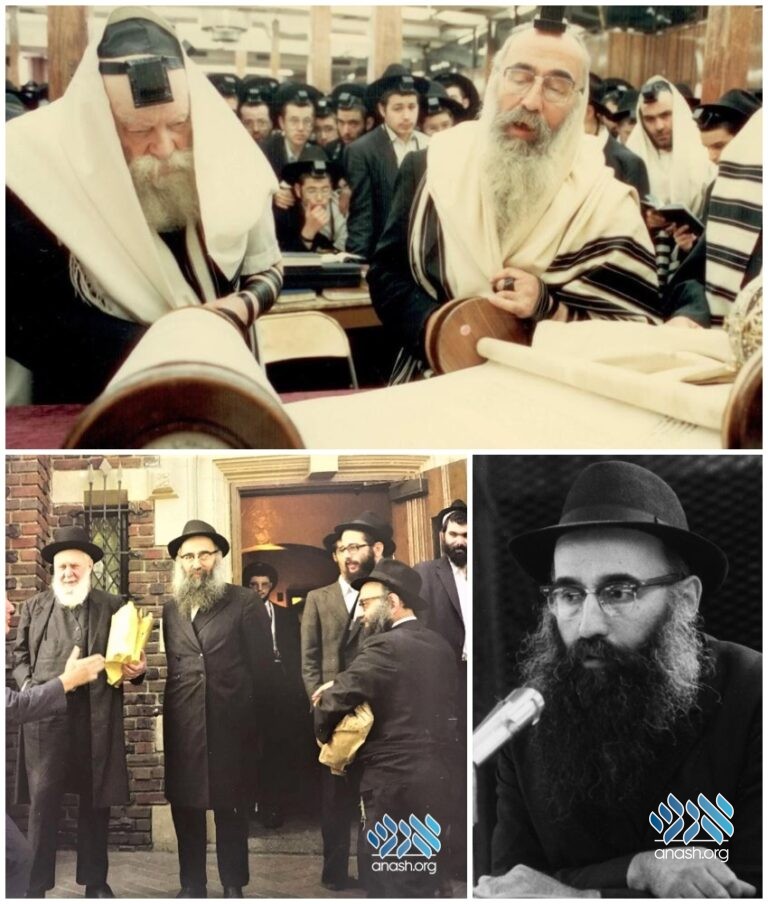 The Rebbe’s cryptic statement at the farbrengen, Rabbi Chodakov’s comment, and why Reb Dovid needed the name of his illness. In honor of Reb Dovid Raskin’s 10th Yahrzeit.

Today, 7 Iyar, is the 10th yahrtzeit of Reb Dovid Raskin, menahel of the Yeshiva in 770, and founding Chairman of Tzach. R’ Dovid was a true example of a chossid and baal avodah, as well as a mekushar to the Rebbe with his entire being.

I merited working in Reb Dovid’s presence for many years and I cannot recall even once throughout all those years when Reb Dovid excused himself from a meeting or some other responsibility with an excuse of not having eaten an entire day or not having slept an entire night, although that often was the case.

Few are aware of the great hardships and suffering Reb Dovid endured throughout his lifetime. Despite all he went through, never did a sigh escape his lips. Never did one hear him utter words of complaint. He always maintained a positive and upbeat composure, even during his last years when his illness overtook him.

One time, Reb Dovid notified me that he would be going to the hospital for an operation. I understood that he was hinting I should visit him following the surgery. I waited a couple of days and went to visit Reb Dovid. Upon entering the room, I noticed him learning Rambam while lying in bed. This was a short while after the Rebbe had initiated the global study of Rambam on Acharon Shel Pesach 5744. I asked him how he was feeling, and he characteristically answered that he felt completely fine.

Suddenly a doctor walked in and I got up to leave but Reb Dovid motioned for me to remain in the room. The doctor grimly notified Reb Dovid that he possessed a skin disease that could very well be fatal. Reb Dovid wasn’t fazed in the least and immediately procured a pen and paper which he always had at the ready to be able to write a tzetel to the Rebbe at any given time, and asked the doctor to write down the name of the disease. Obviously, he only needed it for one thing—to send it in to the Rebbe.

The next Shabbos farbrengen which Reb Dovid attended, the Rebbe said in middle of a sicha:

“Standing here by the farbrengen is a Tomim with all the maalos of a Tomim and on his face there is an expression of pain because soon he is due to have another operation.”

The Rebbe ended off that he has nothing to worry about, especially because it is now the time of mincha which is a very special time.

I knew immediately that the Rebbe was referring to Reb Dovid. I also knew that Reb Dovid hadn’t divulged to anybody the details of his ordeal. I glanced at Reb Dovid, but he didn’t show any emotion whatsoever.

In the end, Reb Dovid didn’t even bother going to the hospital for his second scheduled procedure and the entire illness disappeared.

Rabbi Hodakov once remarked that Reb Dovid is the Iyov of our generation. It must be noted however that contrary to Iyov who cursed the day he was born, Reb Dovid never complained. This was due to his unshakeable faith in the Rebbe’s brachos, as well as a powerful sense of connection to the Rebbe that allowed him to make peace with any situation.

To read the full article about Reb Dovid in A Chassidisher Derher, click here.