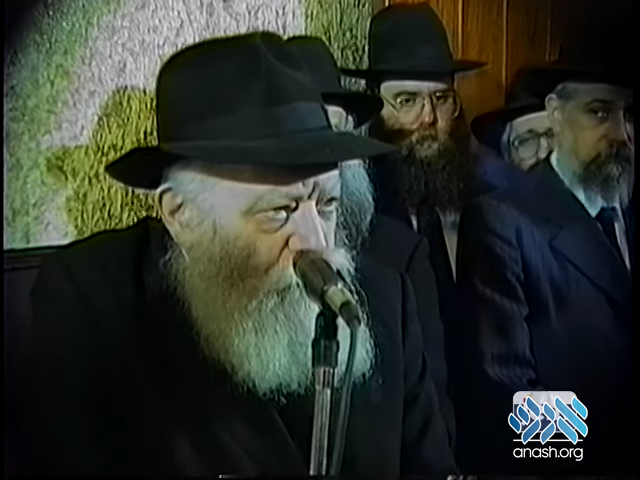 Full footage of a pre-Yom Kippur message to supporters Machne Israel, 8 Tishrei 5749 (1988) has now been released.

In an English sicha, the Rebbe explains the custom of asking for Lekach before Yom Kippur. The continuation of the Sicha, in Yiddish, discusses the message of the year 5749 as a “Year of Building.”

Following the talk to the supporters in the upstairs Shul in 770, the Rebbe blesses the Shluchim outside his room, and the Shluchim dance after the special interaction with the Rebbe.

The unabridged footage of this event is being published in connection with the Tishrei in the Moment project. Follow more updates and special releases from Tishrei 5749 (1988) at TishreiInTheMoment.com