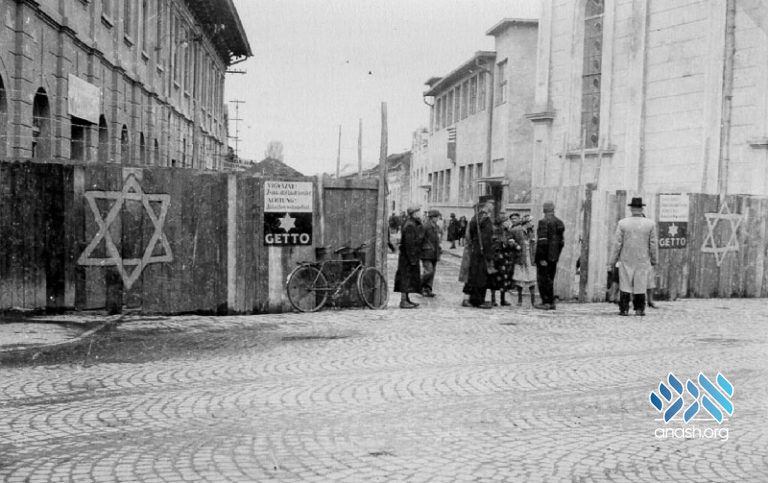 As the holocaust’s inferno raged around him, a Pressburg rabbi found an explanation in this week’s parsha of why our enemies seem to hate us- no matter what.

Reb Shlomo Zalman Unsdorfer, HY”D, was the maggid meisharim (preacher) in Pressburg at the time of the Holocaust. Manuscripts of his drashos—delivered in the ghetto under unimaginable persecution—were later discovered and published by his family.

On Shabbos Vayishlach circa 1942, he quoted the possuk where Yaakov asks Eisav’s angel for his name. “Why do you ask me my name?” the angel protests. “We don’t have fixed names; they change based on our specific task.”

The Eisavs of the world hate us no matter what, explained Reb Shlomo Zalman. When we’re too prosperous, they accuse us of taking what’s theirs. And when we’re in need, they despise us for being “parasites.” The names of their claims change, but the underlying demon is the same.

The angel then asked Yaakov for his name, and when he responded, the angel declared, “Your name shall not be Yaakov, but Yisroel.” They don’t hate us as individuals, explained Reb Shlomo Zalman, and we can’t ingratiate them with our individual personalities or accomplishments. They don’t care if our name is Yankel or Shprintza; to them we’re all Yisroel, ‘Judin.’

Almost 80 years later, this truth remains apparent, as the horrific attack in Jersey City this week attests. The identity of these terrorists is hardly relevant; they were driven by the same age-old hatred—a hatred directed at Jews regardless of their social or political views.

The Torah gives us insight into this reality, simultaneously providing us with perspective and hope.

As individuals, such events ought to shake us up. Eisav’s angel is right: every Jew, without exception, is Yisroel. The Alter Rebbe, in his famous maamar “Ani l’dodi,” interprets it as Sar E-l, “E-l is the master,” meaning the true essence and master of every Jew is the G-dly soul inside. Everything else is additional. Eisav recognizes this; surely we should too, living proud, openly-Jewish lives, without falling prey to the temptation to blend in. And if you meet a Jew whose “Yisroel” has yet to surface, reach out. Be the inspiration, the living example they need to see.

In his talk, Reb Shlomo Zalman assured the suffering Jews in the Pressburg ghetto that the most important part of the angel’s message was, “You have commanding power with [an angel of] G-d and with men, and you have prevailed.” The end will be a happy one; we will prevail.

For reasons unknown to us, they didn’t survive to see that outcome, but with Hashem’s help we will. This week’s haftarah concludes, “And saviors will ascend Mount Zion to judge the Mountain of Esav, and the kingdom will be Hashem’s,” which Chassidus interprets to mean a total transformation of Eisav to good.[See Hisvaaduyos 5784, Vayishlach] May we see it soon.