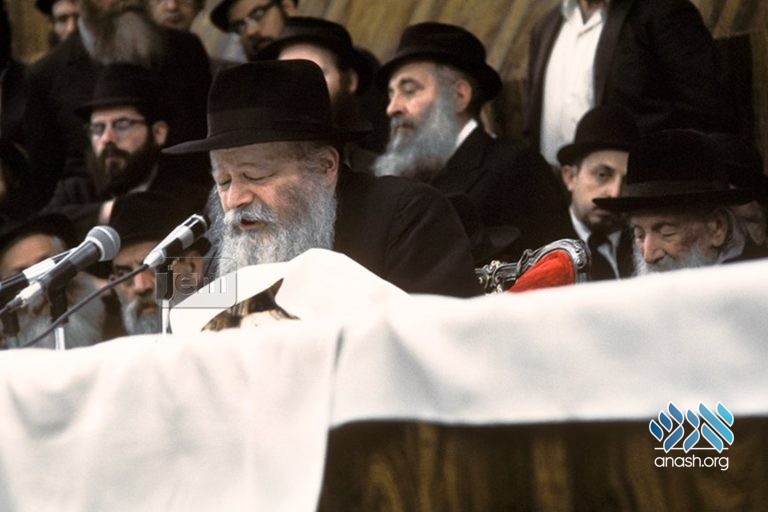 In honor of the Kinus Hashluchim taking place this week, Ashreinu has collected various Sichos where the Rebbe discusses, encourages and lays out the plan for taking over the world with Yiddishkeit through Shlichus.

A new playlist from Ashreinu covers various angles pertaining to Shlichus, beginning with the Rebbe’s encouragement, and fundamental Sichos from the earlier years laying out the vision for taking over the world.

In the very first Ma’amar, the Rebbe outlined the mission of the seventh generation;

“We must learn from the first Jew, Avraham. His mission was to make the world itself call out Hashem’s name. Coming to a place that doesn’t even know about Alef Beis, one should place his own desires completely at the side and spread Elokus”.

In the years that followed, acknowledging the great challenge in moving away from the Rebbe’s presence in 770, the Rebbe encouraged Chassidim to disregard their own physical and spiritual desires and move out on Shlichus.

“When a father wants his only son to recognize his true potential, he sends him on a faraway journey to a land where no one knows the greatness of the king.

It is not enough to be a good Bochur and sit and learn Nigleh and Chassidus in Tomchei Temimim, and say “the Rebbe will fulfill the Shlichus through another.” Moshiach will be brought specifically when the wellsprings are brought to the חוצה!”

Not only would moving away from the Rebbe not interfere with one’s Avodah, on the contrary. As the Rebbe emotionally spoke about by a Purim Farbrengen, in a tear-filled voice;

“He complains, this Shlichus distracts me from my Davening and learning, and instead causes me to focus all my energy on money and supporters etc.

The answer to him is, you don’t have anything to worry about. The Rebbe sent you on this Shlichus, and the connection between a Rebbe and Chossid is like that of a father to a son, [he will surely take care of you].

Turning to one of the Shluchim who was sobbing alongside the Rebbe, the Rebbe said, “You are a soldier of the Rebbe, you have nothing to worry about”.

At another occasion, alluding to a recent group of Talmidim Hashluchim to Australia, the Rebbe said;

“One who has travelled far is not disconnected from Shushan the capital, home of Achashverosh (referring to Hashem), rather he is a Shliach to bring there the influence of the king, which must reach wherever there is a Jewish child, even in the most remote place.”

One can also see the special attention the Rebbe showed those who heeded his call, on some occasions calling out the early Shluchim by name to say Lechaim at a Farbrengen.

Another angle that this playlist highlights is Sichos on Avodas Hashlichus, fulfilling the Shlichus itself.

Citing a famous story of the Maggid, who, when challenged on his simple living conditions replied “I am merely a traveller in this world, why must I travel in such great style and comfort,” the Rebbe explained;

“The reason why one may occasionally encounter hardships in his Shlichus, is because the Neshama is simply on a journey, where personal comfort and living conditions are not the most important thing”.

At a Yechidus Klolis, the Rebbe teaches a lesson in Shlichus from a Rambam;

“When someone comes up with an idea for bringing more Jews closer, he should make sure this conforms with the standards that Torah and the Rabbeim demand from him.”

More in this section is the Rebbe encouraging Shluchim to take their own initiative and not wait for personal instructions, and use their independent identity on Shlichus.

In conclusion, this playlist also includes highlights from the Sichos that the Rebbe spoke to the International Kinus Hashluchim, from the year 5748 and on.

“Every Shliach, no matter which part of the world he is in, is able to have an impact over the entire world!” (5749)

Connecting the Kinnus to the Parsha in which it takes place, the Rebbe learns a lesson from Eliezer;

“A Shliach is an “Eved Avraham”, a servant of Hashem to spread Elokus throughout the world!” (5752).

Listen to the full playlist here.