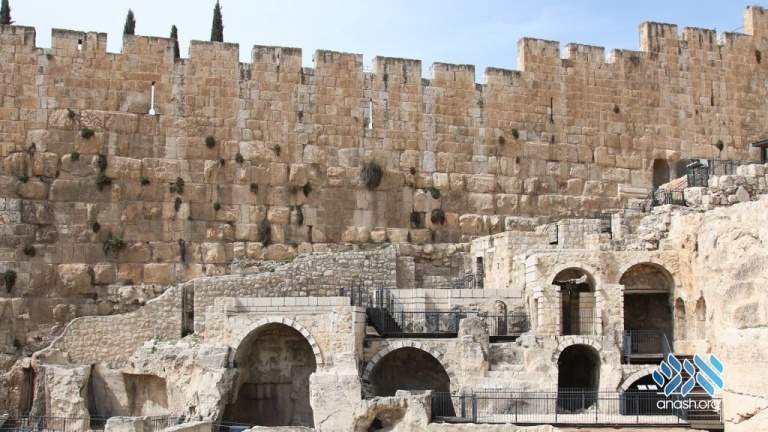 Nebuchadnezzar, king of Babylonia, had accomplished his purpose. He had completely subdued the Kingdom of Judah and destroyed its capital of Jerusalem and its most sacred shrine, the Holy Temple. He had slain or captured most of the royal family and the nobility of the land. The upper classes of the Jewish people, including the leaders of the priesthood and the chief civil and military officers, were led captives en masse to Babylon. Many of them were mercilessly put to death at Riblah. Judah was crushed and bereaved of its best sons.

However, Nebuchadnezzar did not wish to turn the land of Judah into a complete desert. He permitted the poorer classes to remain in Judah to till the soil and to tend their vineyards. Over them Nebuchadnezzar had appointed Gedaliah, the son of Ahikam, as governor.

The prophet Jeremiah had been allowed to choose between remaining in Judah and going to Babylon as an honored guest of the Babylonian royal house. He chose to remain with his brethren on the holy soil. Jeremiah went to Mizpah, a short way north of Jerusalem, where Gedaliah had established the seat of his governorship, and offered him his fullest support. Gedaliah gratefully accepted, and Mizpah now became also the spiritual center of the people.

Gedaliah was a wise man, gentle and modest. He zealously began to encourage the people to cultivate the fields and vineyards, and thus lay the foundation of security. Under the wise administration of Gedaliah, the Jewish community began to prosper. Its fame began to spread abroad. Many Jews who had fled to places of safety in neighboring lands during the war of destruction were attracted by the news of the revival of the Jewish community in Judah. They came to Gedaliah in Mizpah and were warmly welcomed by him.

The Jewish governor exhorted his brethren to remain loyal to the king of Babylonia, and promised them peace and security. His advice was well taken. The Babylonian garrison stationed in the land did not molest them—on the contrary, it offered them protection against unfriendly neighbors. The young Jewish commonwealth was well on its way to recovery when it was suddenly struck by a cowardly deed of treachery and bloodshed.

Among the refugees who had joined Gedaliah in Mizpah was Ishmael, the son of Nethaniah, a descendant of the royal house of Zedekiah, the last king of Judah. Ishmael was an ambitious man who would stop at nothing to attain his goal. The honor and success that Gedaliah had won filled him with cruel jealousy. Ishmael began to plot against Gedaliah. He found an ally in the king of Ammon, who had been following with apprehension the growth of the new Jewish colony.

The conspiracy became known to Johanan, the son of Kareah, a devoted officer of Gedaliah. Johanan warned the governor of the danger threatening his person. Gedaliah, however, being of a true and generous nature, shrank from believing such treachery. When Johanan offered to slay Ishmael secretly before the latter could carry out his evil plans, Gedaliah indignantly rejected the proposal.

In the meantime, Ishmael bided his time. Before long the opportunity which he was waiting for presented itself. He was invited by the governor to a feast at Mizpah on Rosh Hashanah. Ishmael arrived at the banquet in the company of ten followers. During the feast, the ruthless band attacked and slew the governor. Having assassinated their host, they commenced a terrible massacre. Ishmael murdered many prominent followers of Gedaliah, and put to the sword the small Chaldean garrison stationed at Mizpah. His murderous deed accomplished, Ishmael left Mizpah with many captives, heading for Ammon.

Johanan and a few of his brave men had escaped the massacre, for they were not in Mizpah at that time. When Johanan learned of the terrible tragedy, be rallied additional help and pursued the assassin. Overtaking Ishmael near Gibeon in Benjamin, Johanan succeeded in freeing the captives, but Ishmael, with a few followers, managed to escape to the land of Ammon.

The plight of the Jews was now sad indeed. The assassination of Gedaliah and of the Babylonian garrison would draw the wrath of Nebuchadnezzar upon the remnants of the people in Judah. They were sorely afraid of his punishment. Yet whither could they turn? The only haven of refuge seemed to be Egypt, where the hand of Nebuchadnezzar had not reached yet. But that country was hateful to them. Although some nine hundred years had passed since their ancestors had been liberated from Egypt after centuries of slavery, Egypt was still regarded with aversion. Their despair and fright was so great, however, that the poor people did decide to seek escape in Egypt, and set out on their way southward.

The hard-pressed Jews halted in Beit Lechem and turned to Jeremiah for advice. The faithful prophet, who had shared in all their trials and misfortunes and had clung to them with unwavering affection, was still among them. To him they now turned their anxious eyes, promising to abide by whatever counsel he might give them.

For ten days Jeremiah prayed to G‑d, and finally he received a divine message which he immediately told to the assembled people:

“Thus says the G‑d of Israel . . . If you will still dwell in this land, I will build you, and not destroy you, and I will plant you, and not pluck you up . . . Fear not the king of Babylonia, of whom you are afraid . . . for I am with you to save you . . . But if you say, ‘We will not dwell in this land,’ disobeying the voice of your G‑d, saying, ‘No, but we will go into the land of Egypt’ . . . then it shall come to pass that the sword which you feared shall overtake you there in the land of Egypt, and the famine whereof you were afraid shall follow close after you in Egypt; and there you shall die . . . G‑d hath spoken to you, O remnant of Judah, go not to Egypt; know you with certainty, for I have warned you this day!”

But Jeremiah’s words fell on deaf ears. The people had already formed their resolution, and had hoped only that the prophet would confirm it. In spite of their solemn pledge to Jeremiah that they would follow his advice, they accused the prophet of plotting together with his disciple Baruch, the son of Neriah, to deliver them into the hands of the Chaldeans. Then they all proceeded on their way to Egypt, forcing Jeremiah and Baruch to accompany them.

When the refugees reached the border of Egypt, they halted. Here Jeremiah once again warned his brethren that the safety they sought in Egypt would be short-lived. He predicted that before long Egypt would be conquered by Nebuchadnezzar and destroyed. The prophet further warned them of the dangers besetting them in mixing with the idolatrous Egyptians. If they should return to idolatry, which had been the cause of all their misfortunes in the past, they would seal their fate beyond hope.

Unfortunately, the prophet’s warnings and entreaties were in vain. The Jewish refugees settled in Egypt, and before long, abandoned their faith in G‑d. They sank to the level of the heathen practices of the Egyptians.

A few years later there was a political upheaval in Egypt when Pharaoh Hophra was assassinated. Nebuchadnezzar took advantage of the situation. He invaded and destroyed the land, and most of the Jewish refugees perished in this invasion and war. Thus Jeremiah’s dreadful prophecy came true again.

Where and when the aged prophet died is not known with certainty. It is believed that he and his faithful disciple Baruch spent their last years with their exiled brethren in Babylon.

In memory of the assassination of Gedaliah and the tragedy that it brought upon our brethren in those days, so soon after the destruction of the Holy Temple, we fast on the third day of Tishrei, the Fast of Gedaliah.