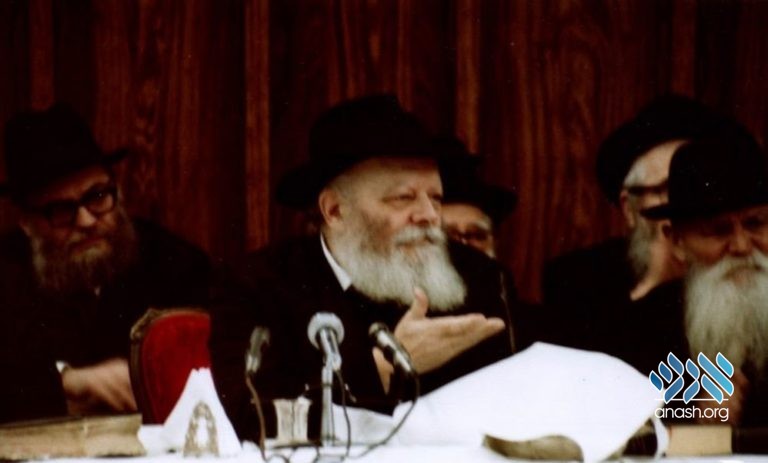 A Moment with the Rebbe: When a group of bochurim were selected to serve as chozrim, the Rebbe told Reb Yoel Kahn they should “rise to his level.”

After sixteen years of transcribing the Rebbe’s Torah almost singlehandedly, assistance came to Reb Yoel Kahn. At the Rebbe’s behest, four of his talmidim began to aid him in his work.

At the farbrengen of Shabbos Parshas Beshalach 5726 (1966), following an explicit request from the Rebbe, the four bochurim bashfully approached the Rebbe and made a l’chaim for their new undertaking.

Once they had returned to their places, the Rebbe instructed that the new chozrim stand together with the chief chozer.

When Reb Yoel began walking towards them, the Rebbe stopped him, and remarked, “They should be rising to your level!”

The bochurim were instantly at Reb Yoel’s side. The Rebbe directed each one of them to say l’chaim on an entire cup.

They confess that following the sizable l’chaim, they were of little use to that week’s chazara.