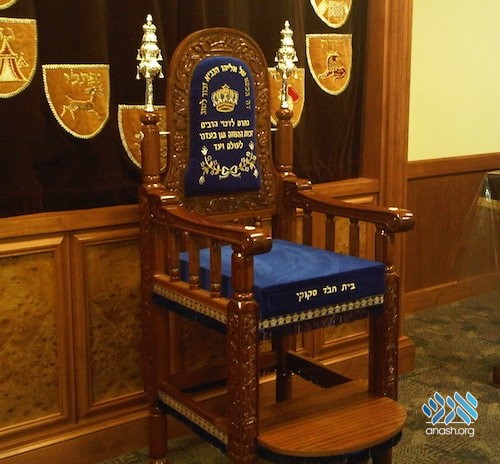 Ask the Rov: Is tachnun recited by Mincha after a bris or before a Pidyon Haben?

Although tachnun and nefilas apayim is discussed in the Gemara, it isn’t considered as strict as other parts of tefilah, and its customs vary from community to community. Tachnun is generally omitted on festive days and by celebratory occasions, and on these days, the atonement achieved by tachnun is achieved in other ways.

(1) Bar Mitzvah: There are various customs if a boy says tachnun on the day of his bar mitzva, and the minhag Chabad is that he does. The Rebbe explains that since he becomes responsible on that day, it is appropriate for him to recite tachnun.

(2) Avel: Tachnun is omitted in the house of a mourner—the home where the person passed away or where the mourners are sitting shiva—since the posuk compares mourning to a festival, and we don’t want to arouse judgment in the house. If the mourner comes to daven in shul, then only he omits tachnun, unless he is chazzan, in which case everyone will omit like him.

(3) Yahrtzeit: In many chassidic circles, tachnun is omitted on the yahrtzeits of tzadikim. This is not the Chabad custom. In fact, the Tzemach Tzedek noted that there is no better time to say tachnun than on a yahrtzeit. If one is davening in a minyan that omits tachnun on such a day, one should recite tachnun only if it is possible to do so inconspicuously.

(4) Hachnasas Sefer Torah: When describing the great joy associated with a hachnasas sefer Torah, the Frierdiker Rebbe records that the day was festive and tachnun was not recited. It is questionable whether this applies to minyanim in a large city where not all the communities will be attending the event.

(5) Bris Mila: A bris mila is associated with joy, thus those closely involved with the bris—the sandek, mohel, and father, even if he won’t be at the bris—omit tachnun, and the joy also spreads to those who daven with them. The custom is that tachnun is omitted in the shul where the bris will take place, even if none of the baalei bris are present at the time, since the joy fills the location as well.

After the bris is over, tachnun is recited, except by the baalei bris since the entire day is like a yom tov for them. Yet, if there is a minyan for mincha during or before the seudas mitzva near the child, tachnun is omitted.

(6) Pidyon Haben: This is a dispute amongst poskim, since it is a joyous occasion, but it still isn’t like bris mila which Bnei Yisroel received with joy. In practice, if mincha is davened right before the onset of the pidyon, tachnun may be omitted.