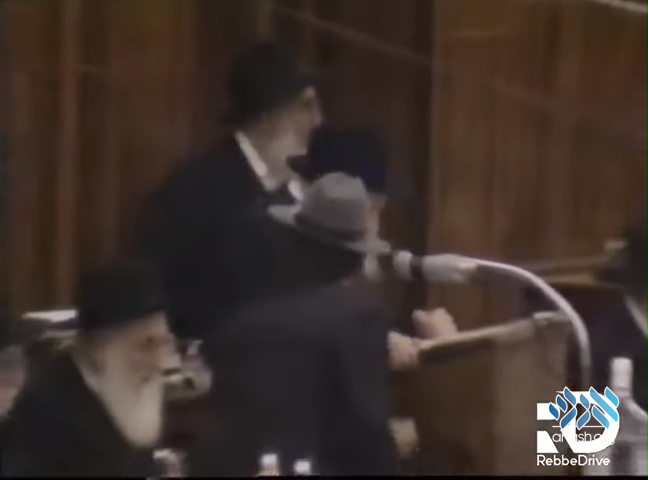 In connection with the yahrtzeit of the famed Chossid Reb Yaakov Yehudah (JJ) Hecht, RebbeDrive presents new footage documenting the gathering held in 770 on the anniversary of his first yahrtzeit in 5751.

As can be seen in the video, the gathering ended abruptly when the Rebbe returned from the Ohel and entered the Shul for davening, followed by the distribution of dollars.

After the Rebbe left the Shul, there was music and dancing in 770 followed by a Farbrengen with Reb Yoel Kahn in honor of Chamisha Asar B’av.