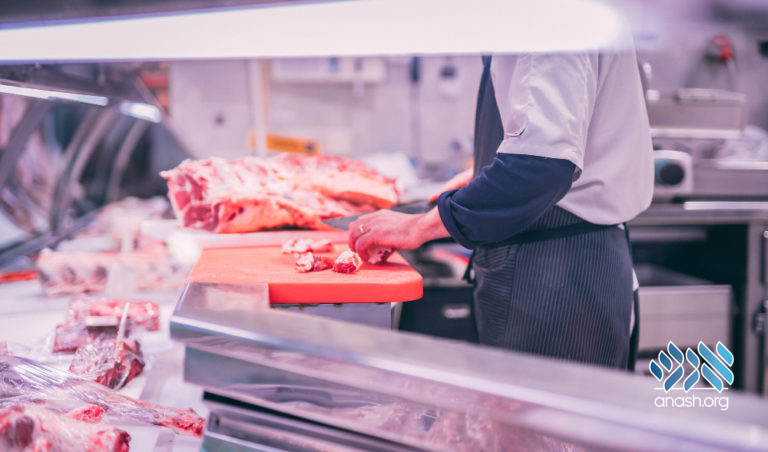 A heavenly answer revealed that Shlomo the butcher should pray before the congregation to stop the epidemic. But Shlomo couldn’t even read Hebrew.

By Tuvia Bolton for Chabad.org

December 1700. It was a cold winter in Poland, and a blanket of snow covered the entire country. The city streets were filled with people bundled up in fur coats, and the country peasants were busy warming their homes with wood and themselves with vodka. The holiday season was approaching, and everyone was in good spirits.

But in the Jewish ghetto in Krakow, gloom and fear filled the air and moaned from every corner. Persecuted by poverty and hate, the Jews of Krakow had but one source of worldly joy, and that too was being taken from them: the children were dying of smallpox.

It was the beginning of an epidemic. The doctors were helpless to stop it, and the various home remedies did nothing. Every day the town was visited with more heartbreaking tragedies. The only one they could turn to, as usual, was their Father in Heaven, and He didn’t seem to be listening to their prayers.

The rabbi of the community had declared a fast day, then another, then three days of prayer and self-examination. But nothing seemed to work. A week of supplication was announced, but before it began, the elders of the community decided to make a she’eilat chalom, the “dream query” employed by the masters of the secret wisdom of the Kabbalah.

It was a drastic move, but they felt that they had no other choice. They purified themselves, fasted, recited Psalms all day, immersed in a mikvah, and then requested from Heaven, according to ancient Kabbalistic formulas, that they be given some sort of sign that night in their sleep.

And that night, they all had the same dream.

An old man in a white robe appeared and said: “Shlomo the butcher should pray before the congregation.”

Early the next morning they met in shul (synagogue) and related their dream to each other. It was clear what they had to do.

The twenty of them solemnly walked to Shlomo’s home and knocked on the door. When his wife opened, she almost fainted at the sight of them.

“Ye‑‑s?” she stammered, pushing her loose hair under the kerchief on her head.

“We want to speak to your husband. Is he home?” said one of them, smiling and trying to be as pleasant as possible. “May we come in?” asked another.

Shlomo came to the door, invited them all in, shook everyone’s hand and ran around looking for chairs. When they were finally all seated, one of them began:

“Shlomo, we made a she’eilat chalom yesterday. We asked what to do about the epidemic, and we all had the same dream. We dreamed that you have to lead the prayers today.”

Shlomo was dumbfounded. If it weren’t such a serious matter, he would have thought that this was some kind of joke.

“Shlomo,” the elders begged, “just come and do what you can. You don’t have to really lead, just pray in front of everyone. Maybe there will be a miracle. Just come and give it a try. We have summoned everyone to the shul. Just come and say a few words. Anything is better than what we have now.”

So Shlomo, with no other choice, left his house and accompanied them. But as soon as they had they entered the crowded synagogue and closed the door behind them, Shlomo suddenly broke away and ran back outside and down the street, out of sight.

What could they do? He’d disappeared. They didn’t even know where to look. They had no choice other than to wait.

A few minutes later the door opened, and in came Shlomo, pushing a wheelbarrow covered with a cloth.

All eyes were on him as he went up to the podium, pulled off the cloth and lifted an old set of scales out of the barrow. He’d brought his butcher’s scales into the shul!

The scales were very heavy. But Shlomo lifted them high above his head, his face contorted with the effort, tears streaming from his eyes.

By now Shlomo was sobbing loudly, and the whole place was dead silent. A few men rushed over and helped him put the scales on a table in the front of the room, and the congregation began the prayers.

That evening, the children were already getting better.

You can imagine the joy and festivities that followed. They even made a nice glass case for the scales, and left the whole thing there permanently for all to see.

But after a few days, when the excitement died down, the elders had to admit that they couldn’t figure it out. After all, there were tens of shops in the ghetto that used scales, and all of them were owned by honest, G‑d-fearing Jews. What could be so special about Shlomo’s scales?

The answer was soon in coming. When they went around checking all the other scales, they discovered that every one of them, without exception, was a bit off. Certainly never enough to constitute bad business, but inaccurate nevertheless. It seems that Shlomo checked his scales twice every day, while the others checked only occasionally. “That’s what G‑d wants,” Shlomo explained.

Legend has it that these scales remained on display in that Krakow synagogue for over two hundred years, until the Germans destroyed everything in World War II.