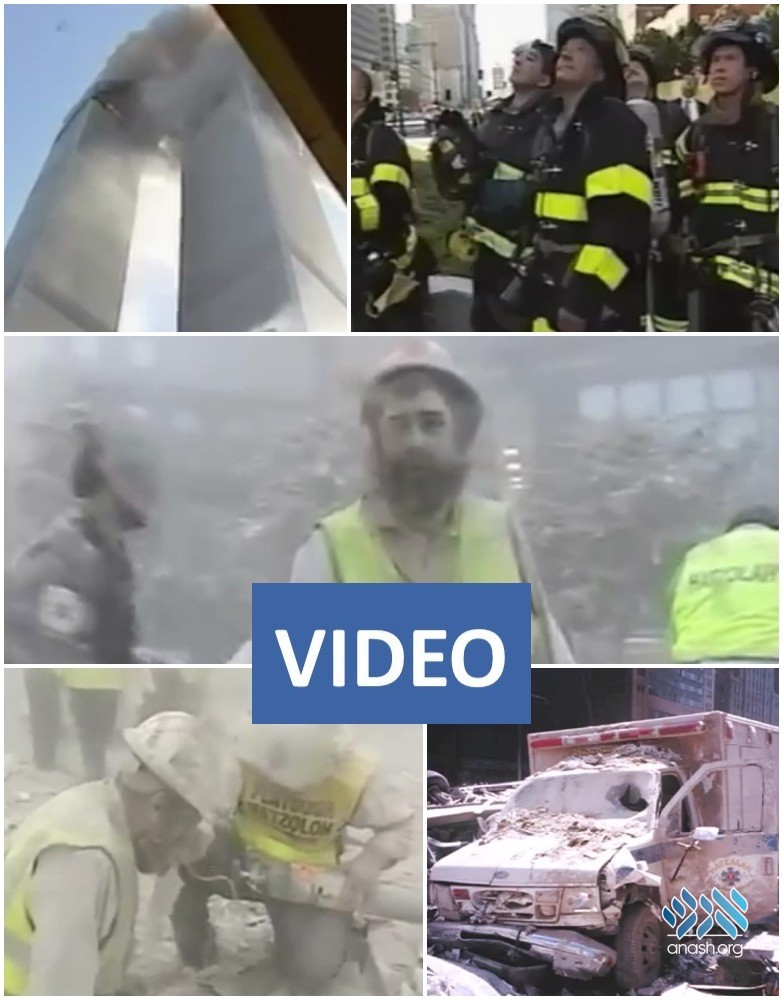 Nineteen years later, but still fresh in our memory. Listen to the horror on the Hatzolah Radio, and watch footage of Hatzolah heroes at the WTC on 9/11.

Among the heroes of 9/11, which included the FDNY, NYPD, PAPD, EMS and other agencies, were the volunteers of Hatzolah.

Chevra Hatzalah played a pivotal role in the World Trade Center rescue operations. The very first ambulance to arrive at the World Trade Center following the first plane crash on September 11, 2001 was a Hatzalah ambulance. By the time the second airplane crashed into the second tower, there were two-dozen Hatzalah ambulances, including Hatzalah’s Communications and Command Center trailer, and more than 100 Hatzalah EMTs, paramedics, and doctors on scene. Before the buildings came down, ambulances had arrived from Hatzalah of Rockland County, 40 miles to the North, with additional medics and EMTs. During the first hour, over 125 patients were transported to area hospitals by Hatzalah ambulances.

At the south end of the Twin Towers, Hatzalah was the predominant ambulance service covering the disaster scene. Hatzalah ambulances transported numerous victims, including firefighters and police officers.

In addition, Hatzalah assisted in the rescue of thousands of men, women and children, who escaped to the docks near the Holocaust Museum in Battery Park and helped evacuate these people onto boats headed for New Jersey . During the day some volunteers were missing, but, thank G-d, there were few casualties amongst the Hatzalah team – miraculously all Hatzalah members survived.

Listen below to the frightening radio transmissions of frantic Hatzolah members screaming for help as the World Trade Center collapsed on-top of them. Besides for a few non-life-threatening injuries, not one of the hundreds of members at the scene was killed. Fast forward to 8:00 to hear the collapse of the first tower. The most frightening moment is at 12:20 – when a member tells the dispatcher “tell my wife at least I said Shema.”