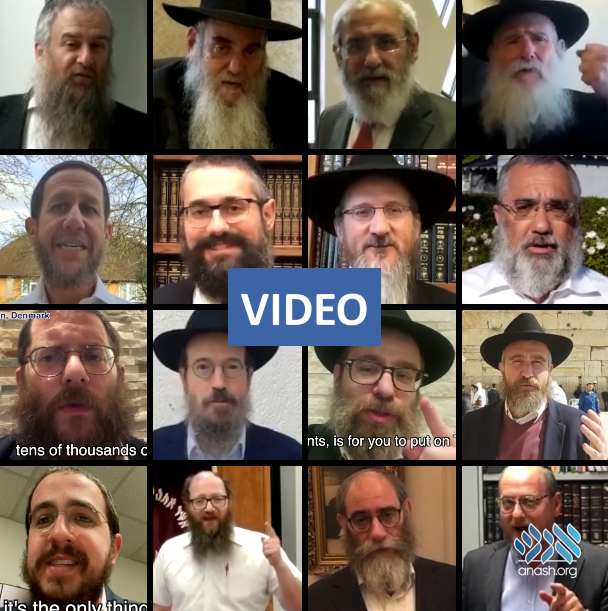 Watch: Shluchim around the world are hitting the streets to celebrate the birthday of Rabbi Yitzi Hurwitz. They want you to be part of it too.

Rabbi Yitzi Hurwitz, who has been immobilized by ALS, gets tens of thousands of birthday gifts every year. All this despite the fact that his only method of communication is via eye movement with the help of modern technology.

Two years ago, a group of yeshivah students who were inspired by his faith and good cheer decided to give him a gift for his 46th birthday: 4,600 Jews around the world would don tefillin in his honor. The campaign caught fire, and the result was that an estimated 10,000 men in 15 countries put on tefillin and thousands of women lit Shabbat candles that Friday afternoon in his honor. The next year, they did it again, and 23,000 mitzvahs were done.

Here’s information on how you can join!