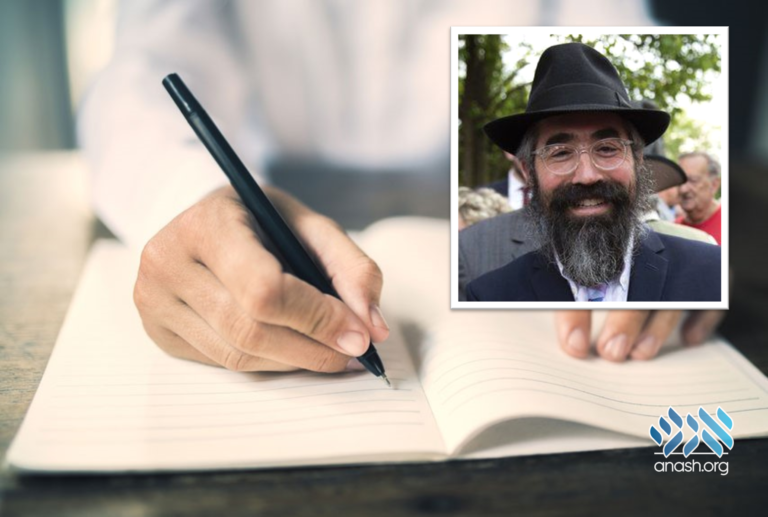 Rabbi Nechemia Schusteman, shliach in Peabody, Mass., shares a reflection on how the world has changed from his diary of … Nissan 5782.

Nechemia here again. I know I haven’t written in a bit, things have been busy but that is no excuse. Since the Coronavirus ended nearly 2 years ago, I along with my fellow earth mates made a pact to hold on to the positive changes that resulted from those very difficult and painful times.

The world has been better, healthier, kinder and cleaner and people have been happier and nicer.

In fact, just today there were many examples of life A.C. – After Corona. Here are just a few.

I was driving on the Leveritt Circle, and remember the old days where people would cut on another off trying to get to work in a hurry? Remember how you had to speed up and slow down in order to squeeze your car into that space barely large enough for a match box car?

While no one does that anymore since traffic is significantly lighter now that so many people work from home, and bosses are much more relaxed, focusing on simply making enough money to feed families and not the greed of B.C. (Before Corona), and in general bosses are much more understanding, still, today someone tried to cut off the whole line.

Initially, my blood pressure started shooting upwards and fowl words entered my mind about what I’d like to say to that person, but then I remembered our pact. To love, and judge favorably and to give people the benefit of the doubt. Indeed, just a few minutes later, I caught up to that car as it was exiting Storrow Drive to go to Mass General. If I saw correctly, it appeared there was a passenger in the car that was ready to give birth to a new child.

Earlier in the same day, I woke up to see my 5 and 8 year old girls, playing a board game calmly, letting the older people sleep. and not asking for devices. I guess it is true what the experts said, those couple months of quarantine really taught us how bad and dangerous all that screen time is. It is almost as if the children associate iPads and computers with anxiety (their own or their parents’) and school and they’d rather not have the reminder by using these devices first thing upon awakening. Or any time of day if they don’t have to.

Anyway, I got to my coffee meeting in Boston, and it was just wonderful, since less people travel into work, there was easy parking and the states new rules about a 15 minutes grace period on the parking meters, saved from a parking ticket, so that was good too.

After a successful meeting, I got back home, and instead of going back to work, I stopped at home, to have lunch with my wife, since A.C. we just know how precious time with our loved ones is and there really isn’t anything I “have” to do that is more important than those few minutes of quiet time, talking and connecting. Another positive result of the healthier new world. I speak to my friends and this scene is playing itself out in homes across the world. People stopping to smell the roses. Slowing down to allow the important things in life in, and savoring them as we never did in the past.

Back in the office, I prepared both my class and my sermon, as it is already Thursday and my class has increased in attendance, both the physical attendees and digital attendees so I want to be extra prepared. It appears that since Corona, people have realized that a good evening night out is better spent in a Torah class stimulating the mind and learning how better to connect with Hashem is actually better for them and more enjoyable than a movie and a steak. (It may also be connected to the fact that we now offer wine and cocktails in addition to the usual coffee, tea, and cake that were available B.C.)

Shabbat Shul attendance has also increased dramatically. It’s incredible, people really had their “come to G-d moment.” Not that they were frightened into a relationship, rather a couple of months of really having the mask of “certainty” removed and being forced to accept in a real and deep way that we don’t run the world or even our lives, it is Hashem that runs everything, that who gets sick and who gets healed is out of our control really propels us towards the Almighty Being. Attendance is up Friday night and Shabbos day, even the Shabbos pre-services Torah discussion has a large crowd in attendance. I must prepare properly so I can teach properly.

I think the biggest after the Corona change, however, is in myself. Less hurried and harried-ness. Less fretting over the small things. Less worrying over the things that I cannot change. More focus on my family. More focus on my children. More patience with them and all people. More keeping my eye on the real prize. The prize of happiness, tranquility, family, meaning and true G-Dly existence.

Ok, dear diary, it’s been a while, and hopefully not as much time till the next time I write, but I just wanted to share that two years ago when all the intense change was happening, no one could have imagined that we would be experiencing good times again, in fact, better times. Sometimes you need to spring to the future a bit, so you can have perspective on the past.

I think to myself, what a wonderful world…