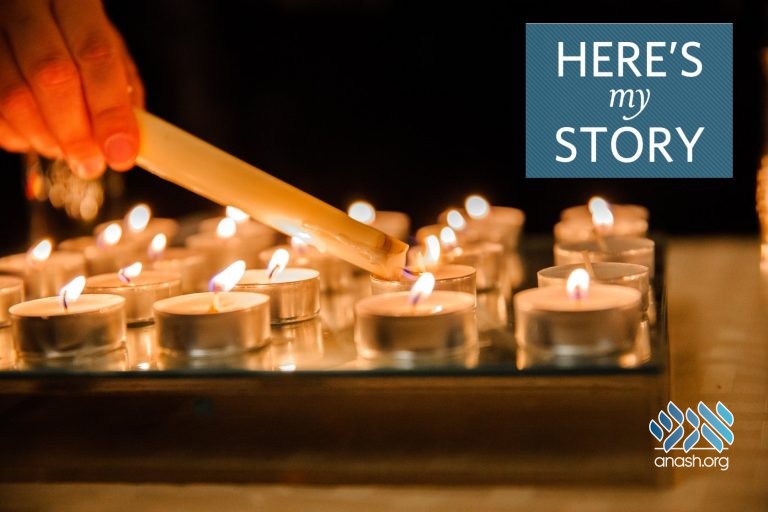 Mrs. Esther Sternberg tells of the Rebbe’s personal involvement in all aspects of the Shabbos Candle Campaign, and the prediction of the NY Times about the year 2100.

Mrs. Esther Sternberg is the director of the Shabbos Candle Campaign, a division of the Lubavitch Women’s Organization. She was interviewed in July of 2012, and twice in August of 2017.

For the past forty-five years, I have directed Chabad’s Shabbat Candle Campaign, which the Rebbe started in 1974.

It was very important to the Rebbe that all Jewish women — including young girls — be lighting Shabbat candles to illuminate this dark world we live in. And he devoted a great deal of time and energy so that all aspects of the campaign had maximum impact.

Just how important this was to him was made crystal clear to me when the Rebbe’s wife, Rebbetzin Chaya Mushka, passed away. This happened in 1988 – on Wednesday, February 10th – more than a dozen years into the campaign.

That year, our main fund-raising event — a Melave Malka dinner — was to take place on Saturday night, February 13th, when the Rebbe was sitting shivah in mourning for his wife. Of course, we had planned it months in advance, not knowing that any of this would happen. At first, we thought to cancel, but then we decided to go ahead and dedicate it to her memory. So we issued an announcement that we were establishing a special fund in the Rebbetzin’s merit to further promote the campaign.

Although I reported to the Rebbe regularly about everything having to do with the candle-lighting campaign, I didn’t have the heart to intrude on his grief during the shivah week.

As soon as the shivah period was over, I got a call to present myself at the Rebbe’s home together with my father Rabbi Shneur Zalman Gurary, who directed many of the Rebbe’s initiatives and was the primary fundraiser for the Shabbat Candle Campaign. My father was so nervous — how could he face the Rebbe at such a terrible time — that he was actually trembling with emotion and that caused me to tremble also. We went there holding hands to keep ourselves going.

The Rebbe received us on the second floor of his home, in his personal study, which was a big beautiful room filled with books. When we entered, he pulled out the invitation for the event which we had sent him weeks earlier. He told us that he heard about the fund we created in honor of his wife but he wasn’t able to give us his personal blessing until shivah was over. “Now I want to give you my contribution tothis fund in the amount of four-hundred and seventy dollars which is the numerical equivalent of the Rebbetzin’s name. Plus, I would like to add one dollar to that as my personal contribution to your success.”

The Rebbe then went on to bless us and the campaign, and he was so effusive that both my father and I were astonished. The Rebbe said that good fortune should smile upon the people involved in the campaign and it should brighten the lives of all those who are trying to influence others to light Shabbat candles and all those who are moved to fulfill this mitzvah as a result. In short, the Rebbe had turned the Rebbetzin’s passing into a blessing for the candle-lighting campaign.

I reported all this to our publicity manager, Mr. J. J. Gross and he suggested that we use the Rebbe’s money to buy a little spot on the bottom of the front page of the New York Times to promote candle-lighting. He said, “Let’s call this Project 470.”

The front page of the New York Times goes all over the world, while the rest of the paper varies by region. Of course, to buy a spot on the front page is quite expensive — they charge by the character including blank spaces — but he managed to create a short and succinct message, which read:

This little ad got a tremendous response. People were very thankful we had done this service, and it caused many to ask questions about Yiddishkeit. I got all the calls because the number for information was my phone number. I recall a woman calling to ask where she could buy kosher baby food because she had just become religious and didn’t want to feed her child non-kosher. This was just one small example of the many questions which had nothing to do with candle-lighting that came from people who needed help in trying to fulfill moremitzvot.

Of course, I reported all of it to the Rebbe and it made him very happy.

Over the course of the next ten years, we continued to run the ad every week although we expanded the text a bit. And, in order to make it easier for women to know what time to light Shabbat candles, we also set up an automated number, which allowed the callers to enter their zip code to hear the proper candle-lighting time for their area.

We only stopped buying the ad when the cost — which rose every year — became too exorbitant.

But on the day that the new millennium rolled around — the year 2000, which was dubbed Y2K — the ad suddenly reappeared in a most mysterious way.

New Year’s Day fell on Shabbat, and no sooner had Shabbat ended that I got a call from Mr. J.J. Gross asking me if I had seen the New York Times that day. I had not. “Well, then you must get a hold of the paper.”

I ran out and borrowed a copy from a neighbor, and then I saw what got him so excited: On January first 2000, the New York Times created a fake front page, anticipating the news in the year 2100.

Weather manipulation, robots demanding equality, sports being played on flying broomsticks, and all other kinds of futuristic stuff appeared. The reader was supposed to touch the page to expand to the full article. And there, on the bottom — in the spot where we usually printed the candle-lighting times, it read:

Now, we had not paid them to publish the correct time to light candles on Friday, January 1, 2100. We didn’t even know anything about this mock page in advance. So Mr. Gross called up the Times people to ask how this came about.

They told him: “We worked for a long time on this mock-up, and we spend a lot of time thinking what could possibly be the news a hundred years from now. One thing we knew for sure — Jewish women and girls would still be lighting Shabbat candles..”

Can you imagine what the effect was? Everybody who looked at that page — and millions of people did because it was so interesting to imagine what might be happening a hundred years from now — learned what it means for Jewish women to light Shabbat candles. And this was all thanks to Project 470, which started with the Rebbe’s contribution in honor of his wife.