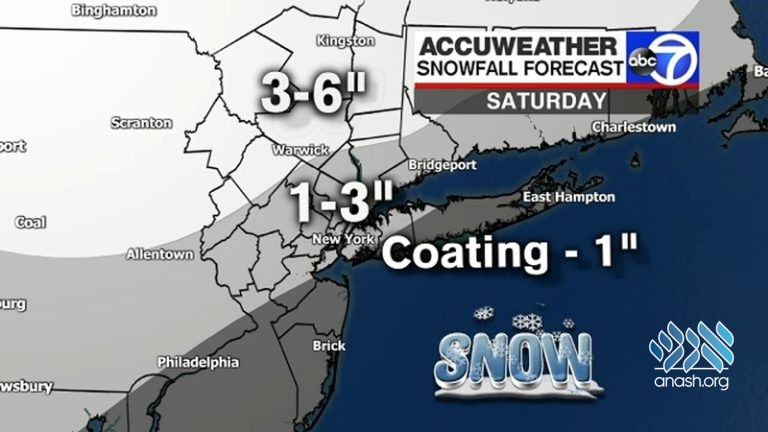 A winter storm to begin on Shabbos and continue into the night will likely begin as snow all across the region, then turn to ice and/or rain at times, at least in New York City and coastal areas.

Even areas north and west of the city will likely see some mixing.

The timing seems to favor snow arriving in New Jersey by noon tomorrow, with the mixing and changeover occurring by day’s end.

Once the snow arrives, it will come in fairly steady before changing to sleet and rain tomorrow night.

New York City will likely see 1-3 inches before the changeover with a coating to an inch in coastal areas to the south and east.

Northern and western suburbs could also end up with 1″-3″, while 3″-6″ appear likely in far northwestern areas.