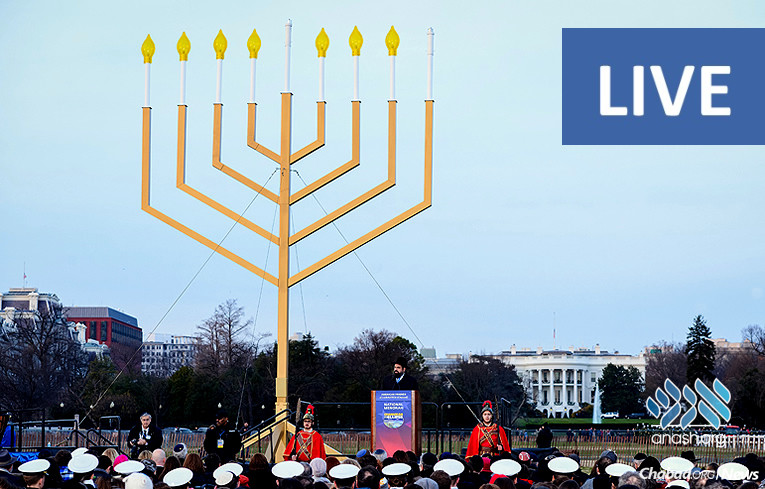 Watch Live at 4 pm EST: The National Menorah will be lit on the White House Ellipse in Washington DC, with the participation of Interior Secretary David Bernhardt.

Watch the live broadcast of the lighting of the National Menorah in Washington DC, in front of the White House.

Participating in the lighting will be Interior Secretary David Bernhardt, who will join Rabbi Levi Shemtov, Vice President of American Friends of Lubavitch in kindling the first light.

The lighting will also feature “The President’s Own” – United States Marine Band, as well as “The Three Cantors”.