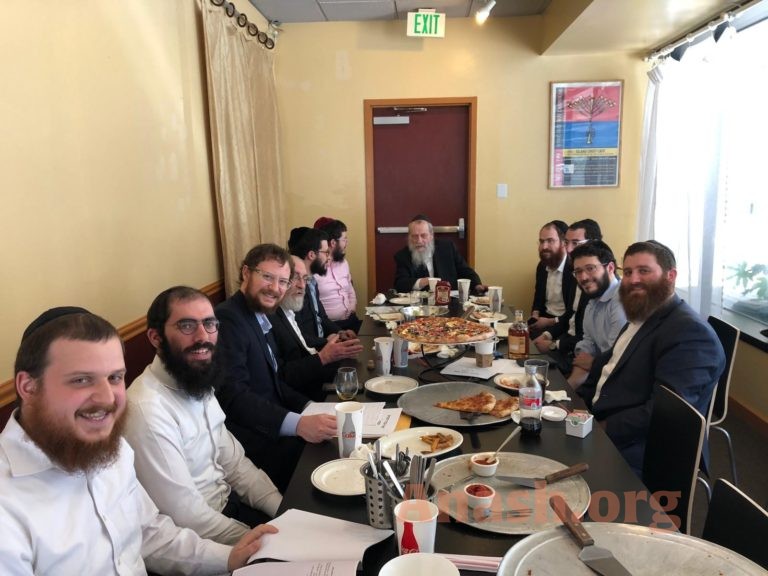 Washington State shluchim recently met with head to the Pacific Northwest Rabbi Sholom Ber Levitin. During the meeting the topic of Yud Alef Nissan and how to present the Rebbe with an appropriate gift was raised.

Rabbi Levitin mentioned the Rambam in Hilchos where one mitzvah can tip the scales and bring redemption to the world. In that vein, the decision was reached that the shluchim in that region – both those that could attend the meeting and those that could not – would within the next year place 1,000 on homes all over the State of Washington. The will be sponsored by an anonymous donor, on the condition that these are homes that are yet without a mezuzah up to this point.

The project is headed by shliach Rabbi Chaim Shaul Rivkin.