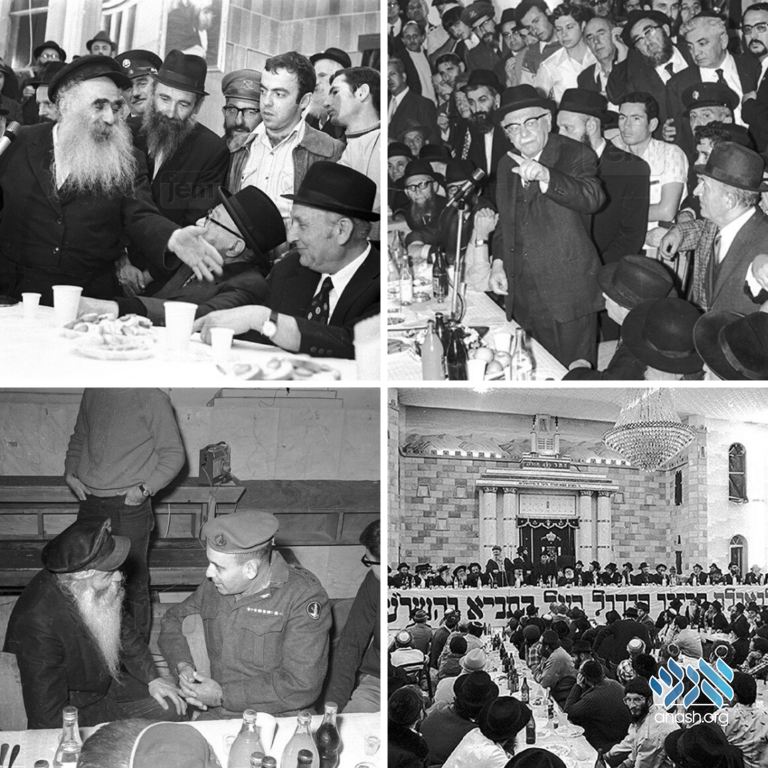 Hundreds of pictures from the central Yud Tes Kislev farbrengen in Kfar Chabad from 5723 to 5744 now available online.

Today, the 19th of Kislev, marks the day when the founder of Chabad Chasidism, Rabbi Schneur Zalman of Liadi, was freed from prison in czarist Russia in 1798. The day has become known as Rosh Hashanah for Chassidus. On it, throughout the generations, chassidim have been coming together to farbreng, learn and draw inspiration from on this day.

The Kfar Chabad Yud Tes Kislev farbrengens were a highlight, and remembered to this day by those who attended them. Many dignitaries would attend the event, including Rabbis from many different communities and politicians.

19 Kislev 5728 (41 photos)
The crowd dancing joyously to a Chassidic melody, the sign reads: “Help your nation; put on Tefillin!” Seven months earlier, days before the Six Day War the Rebbe had launched his now-legendary Tefillin Campaign.