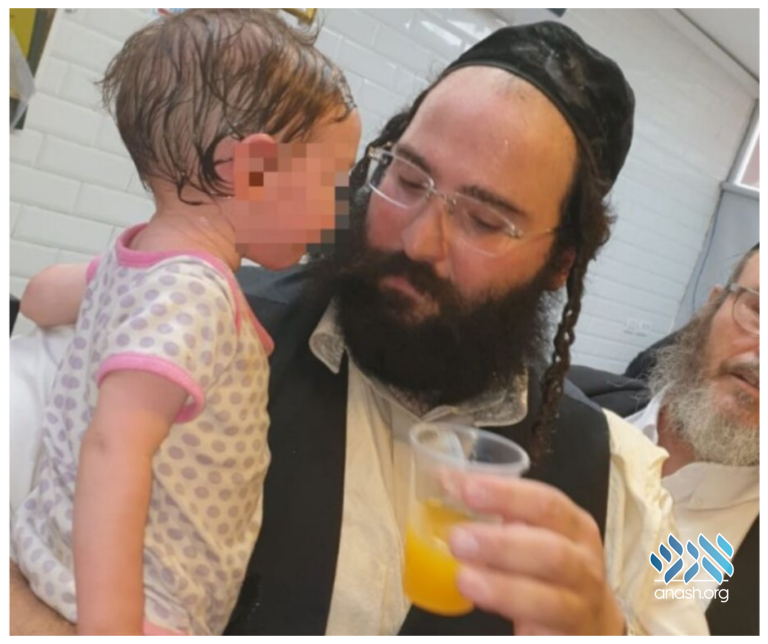 The child was left in the vehicle for 90 minutes, and it appears the fact the vehicle was shaded by a tree above, most likely saved the child’s life.

Yedidim reports that the call came in shortly after noon, and the child was rescued from the vehicle parked on HaGra Street in Bnei Brak. An alert passerby saw the child in the locked vehicle shouting for help. Ben Shmuel Cohen, a resident of Rosh Ha’ayin who passed by and saw the baby in the vehicle, reporting “she was red and sweating”. He did not hesitate and smashed a window of the vehicle.

Yisrael Amasi, the director-general of Yedidim calls on the public to work towards eradicating the phenomenon of tragic cases involving children, explaining in this case, he was working nearby, and he ran to the scene with a hammer, smashing the vehicle’s window without hesitation.

Hatzolah EMT Yitzchak Kenan explains that when he arrived on the scene he found the child, who was “extremely red and burning up”. He adds the window was smashed by someone and they got the child out, and she was transported by paramedics to the hospital.