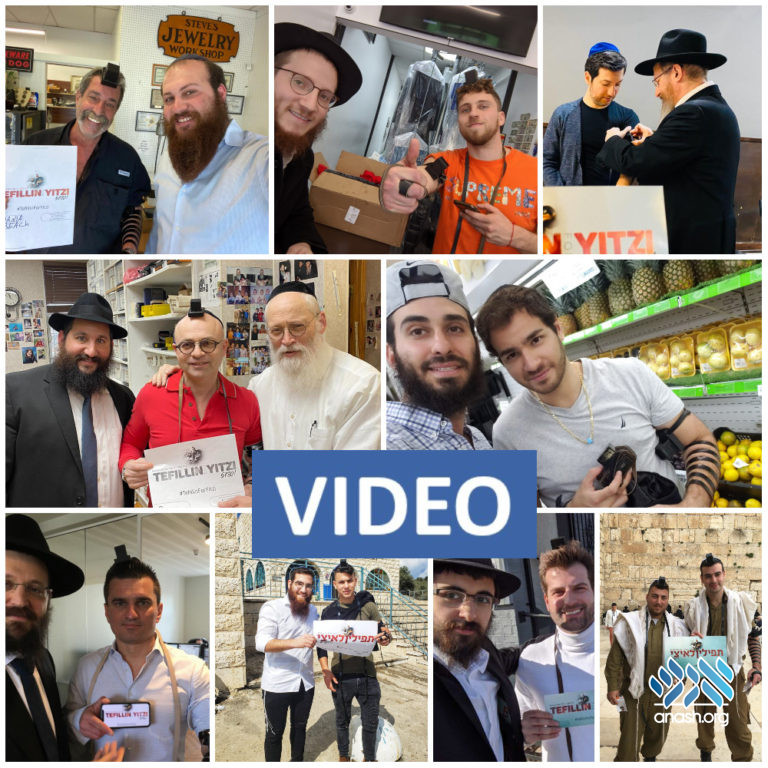 Organizers of the global #TefillinForYitzi campaign produced an inspiring video recap of 6 days of mitzvot dedicated to Rabbi Yitzi Hurwitz.

Organizers of the global #TefillinForYitzi campaign produced an amazing video recap of 6 days of mitzvot dedicated to Rabbi Yitzi Hurwitz.

A few weeks ago, Rabbi Yitzi Hurwitz, wrote a letter to his thousands of well-wishers around the world, asking them to celebrate his 48th birthday with a mitzva campaign in his honor.

This came two years after a group of yeshivah students were inspired by Rabbi Yitzi’s faith and good cheer, and decided to give him a gift for his 46th birthday: 4,600 Jews around the world would don tefillin in his honor. The campaign caught fire, and the result was that an estimated 10,000 men in 15 countries put on tefillin and thousands of women lit Shabbat candles that Friday afternoon in his honor. The next year, they did it again, and 23,000 mitzvahs were done.

So for the rabbi’s 48th birthday on 2 Adar (Feb. 27), organizers have been sought to outdo the runaway success of the past two campaigns. Echoing the Rebbe’s call to strive for more and reach higher, they aimed for an additional 26,000 mitzvahs, with a special focus on Shabbos candles and tefillin.

Thousands of people joined the Tefillin and Shabbos candles campaigns, sending pictures from all over the world of them performing mitzvot in Rabbi Yitzi’s honor.

A collection of pictures and videos can be found at TefillinForYitzi.com.