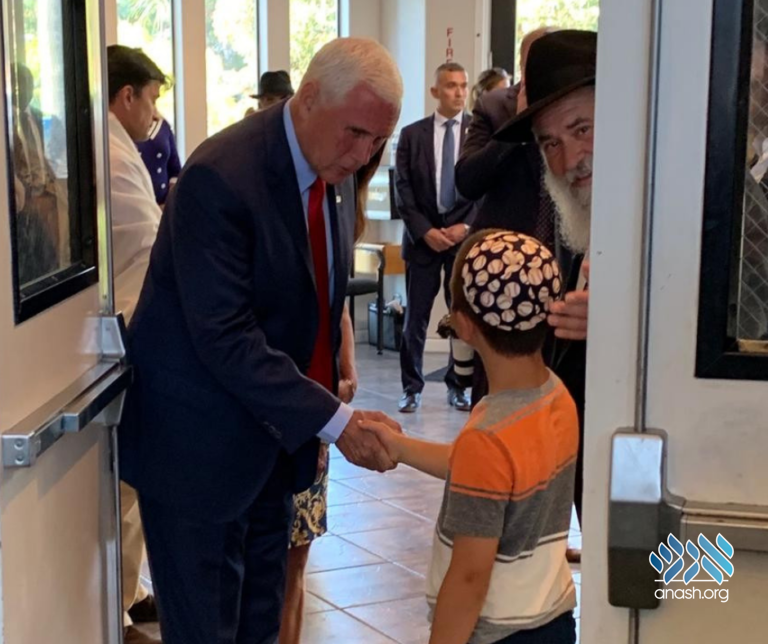 Vice President Mike Pence along with Second-Lady Karen Pence made an unannounced visit Thursday to Chabad of Poway.

The Vice President, who was visiting two naval bases nearby, told Poway Shliach Rabbi Yisroel Goldstein that he had to come by and visit the site of the horrific antisemitic attack.

Rabbi Goldstein led the Vice President on a tour around the Chabad Center, describing in detail the horrific events of that day.

Later in the day the Vice President tweeted, “Karen & I were honored to stop by the Chabad of Poway, the site of a terrible shooting in April. To Rabbi Goldstein—your faith & courage is an inspiration to the nation. No one should fear in a house of worship. We will always condemn evil acts of antisemitism. We are with you!”