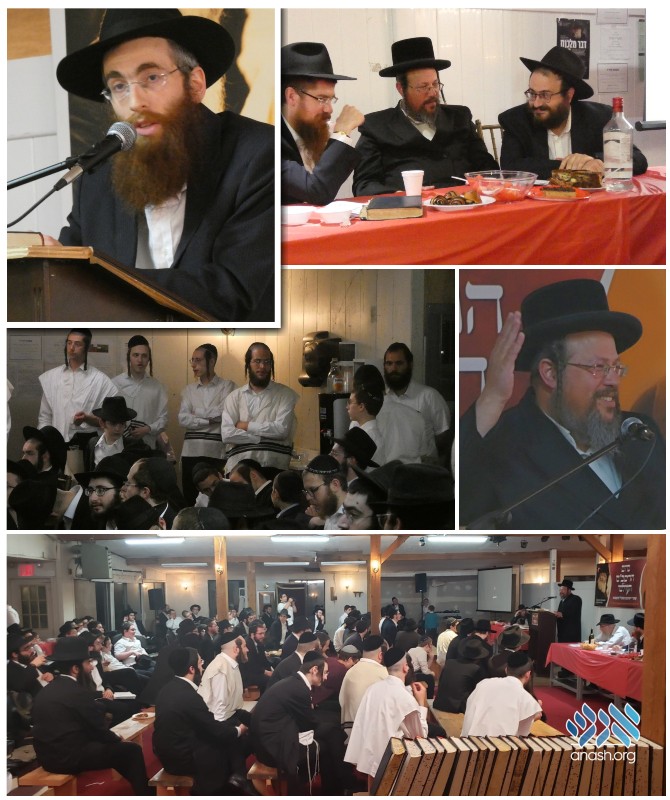 A large crowd of locals joined the Poconos Yeshiva for a Siyum Harambam. Speakers from the yeshiva staff and from neighboring yeshivos spoke of the importance of the daily study.

A large crowd of locals and bochurim from area yeshivos joined the Poconos Yeshiva for a Siyum Harambam this past Thursday night.

Making the siyum was Professor Shimon Silman from Crown Heights, who spoke of the stages in the coming of the Moshiach, and how they are coming to fruition before our eyes.

The bochurim then heard from Rabbi Shmuel Danziger, the mashgiach of Yeshivas Sha’ar Hamelech, a neighboring yeshiva. Rabbi Danziger told the bochurim that they great joy experienced by such a siyum is equivalent to the joy on Simchas Torah.

Following the official program, the bochurim broke into a dance, and then continued with a farbrengen until the early hours of the morning.